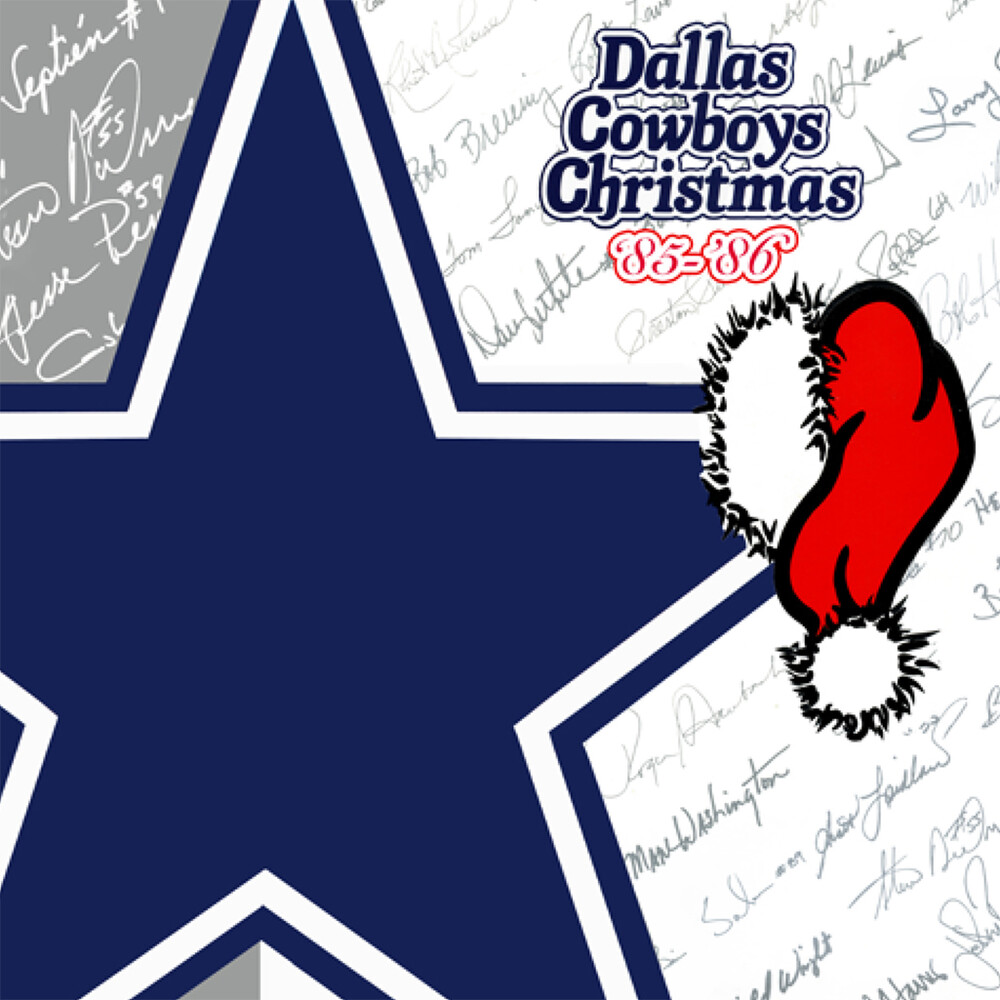 Christmas
Artist: Dallas Cowboys
Format: CD
New: NOT IN STOCK IN OUR STORE, BUT AVAILABLE TO ORDER $14.98
Wish

Hey, remember the 80s? What a crazy decade that was, right? We had movies about alien ducks and alien robots and alien, um, aliens - it was a fun and crazy time of American pop culture. But nothing was more fun than 80's music, and one of the treasures from 80's music is the Dallas Cowboys, who recorded and released the albums, "Dallas Cowboys Christmas" in 1985 and another in 1986. This 10-track album is filled with holiday spirit as members of the '85 and '86 Cowboys - including Danny White, who was an album producer - crooned such classics as "God Bless the Children" and "Silent Night," as well as the original gem, "I Don't Want to be Home for Christmas" (they wanted to be playing in the playoffs!). The Cowboys even had coach Tom Landry in a singing mood, as he joined in on this rendition of "Twelve Days of Christmas" that also amazingly foreshadowed the league's concerns about concussions and head injuries. Available for the very first time on CD, complete with deluxe packaging, a Tony Dorsett trading card, and a 2020 remaster this essential piece of 80's pop culture has been given the treatment it's always deserved. So indulge your love of 80's pop music, add this exclusive CD to your collection, and bring joy to the entire family at the same time!
HOURS: Mon 11am-7pm Tues / Wed / Thurs 11am-9pm Fri 11am-10pm Sat 10am-10pm Sun 11am-7pm
This website uses cookies to personalize content and analyse traffic in order to offer you a better experience.
I accept Learn More
back to top