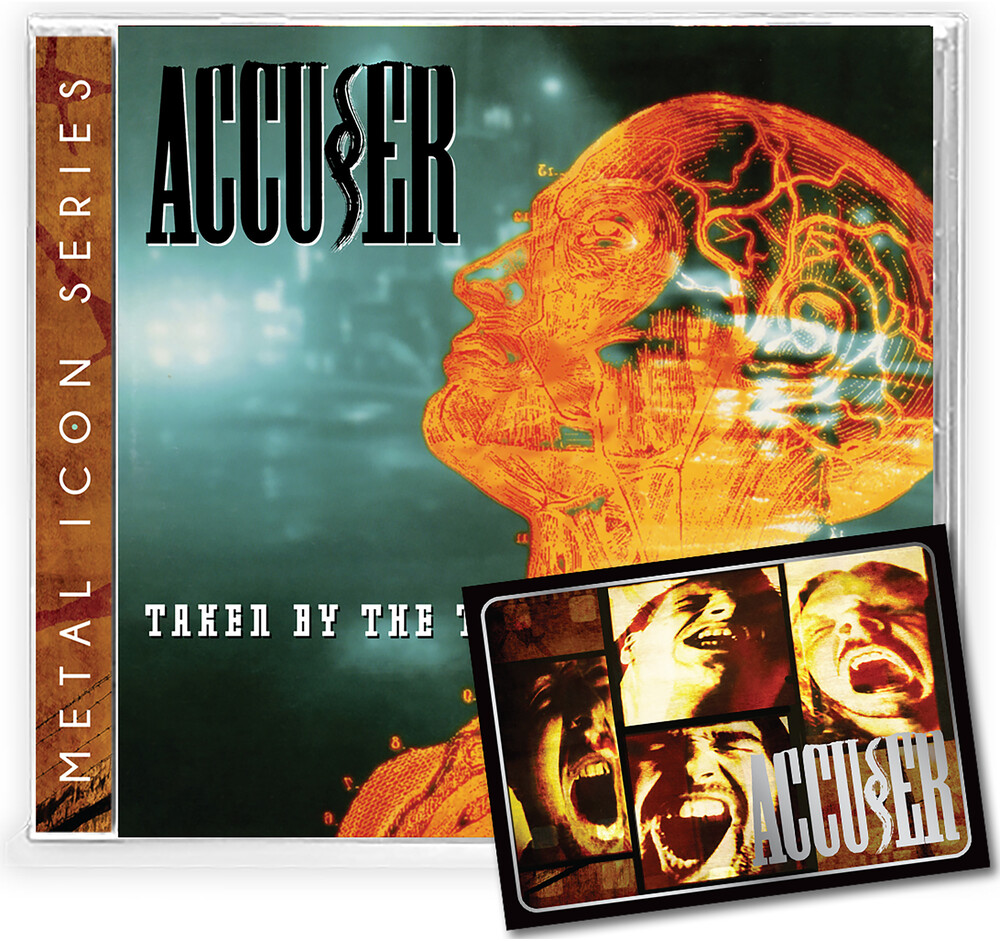 When talking about Teutonic (German) Thrash Legend Pioneers it's essential to speak of ACCUER with the same hushed reverence as SODOM, KREATOR, and DESTRUCTION. ACCUER is a thrash metal band from Kreuztal, Germany that formed in the early 80's flying the crunchy speed & thrash metal flag with all the fervor of the most intense mosh pit imaginable. Despite not landing a contract with a major label for their early albums, the band continued to release a string of successful underground releases before disbanding for eight years. After Frank and René decided to get Accuser back together, the saga continued with the band releasing one album with Century Media and their three most recent albums with Metal Blade Records. The guitars are energetic and thick as a brick with aggressive melodic vocals. ACCUER is the perfect band for those who worship at the altar of technical thrash and speed metal in the vein of classic Metallica, Slayer, Believer, Death Angel, Dark Angel and Deliverance. With such strong lyrical content and musical brilliance, fans can now have access to these previously high-priced collectibles. These are essential head-bangers! This 1995 release, Taken by the Throat has been digitally remastered with an expanded collector's booklet and a Ltd Collector Card available in only the first pressing!
HOURS: Mon 11am-7pm Tues / Wed / Thurs 11am-9pm Fri 11am-10pm Sat 10am-10pm Sun 11am-7pm
This website uses cookies to personalize content and analyse traffic in order to offer you a better experience.
I accept Learn More
back to top