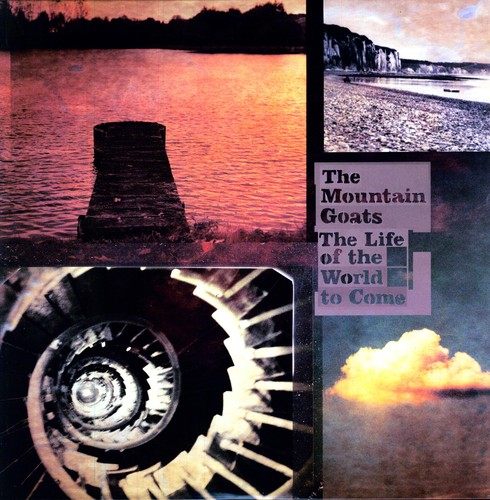 The Life Of The World To Come
Artist: The Mountain Goats
Format: Vinyl
New: IN STOCK AT OUR STORE $25.99
Wish

The Mountain Goats have been making records since that mythical time when the term "tape-only label" didn't require any elaborate explanation, but have been recording and touring in their current incarnation since 2007. That current incarnation consists of John Darnielle, Peter Hughes & Jon Wurster, who, having toured Australia, England, and the U.S. several times (and a cruise ship once), recorded the LIfe of the World to Come across three studios with three producers from April through June of 2009: With Brandon Eggleston at Chicago's Electrical Audio; with John Congleton at Sonic Ranch in T.
HOURS: Mon 11am-7pm Tues / Wed / Thurs 11am-9pm Fri 11am-10pm Sat 10am-10pm Sun 11am-7pm
This website uses cookies to personalize content and analyse traffic in order to offer you a better experience.
I accept Learn More
back to top