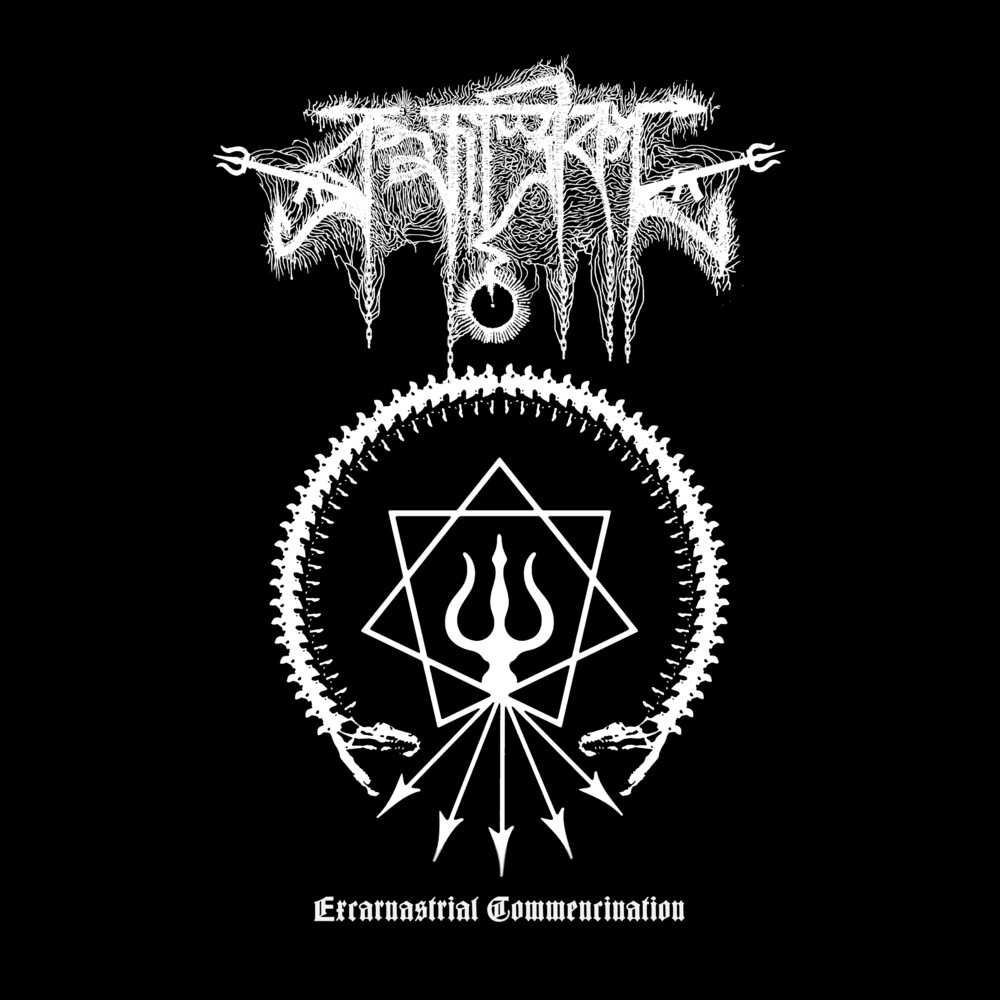 Noble 180g (Heavy Vinyl), 350gsm Jacket, Insert, Poster in A2 format Brahmastrika was conceived through revelations on the ancient shamshan grounds of Kalikshetra, adi-karmic yantraniti was bestowed on our vessels of flesh to reveal the secrets of the sanatana yudhakarma, through nuclear metal of ultimate death, that has led to the Excarnastrial Commencination demo. Cosmic entrapments of Adi-kalpic proportions have been initiated. Paramanobik annihilation rituals are sharpened though bijamantras. Imminent end of cyclic adharma will be executed Without Any Warning! By now India is the source of some of the most unworldly combination of sunken magic, ancient knowledge, and bloodsoaked rituals imaginable. All this is transferred into indescribable, deadly Death/Black Metal: Oribiting around the likes of TETRAGRAMMACIDE and KAPALA the extremists named BRAHMASTRIKA (hailing from Kolkata) fire their bestial Warnoise of the most inhuman kind into the unsuspecting world. The first demo 'Excarnastial Commencination' is being released by Dunkelheit Produktionen exclusively on 150 tapes (back w/ silver onbody print), containing 28 minutes of borderline violence: ripping and raging, powerful and overpowering. If you lived through SUBDUER, APARTHIVA RAKTADHARA or KAPALA, BRAHMASTRIKA might as well give you the final blow. Arranged and recorded in in the Trenches Of Anga, 2019. All songs by BRAHMASTRIKA. Artwork and Layout by Adim Ashtakam Art & Qayin Mandala Graphex. Photographic Evidence by A. Dey. Executive production by Dunkelheit Produktionen, 2019. WWW. DUNKELHEIT. CC
HOURS: Mon 11am-7pm Tues / Wed / Thurs 11am-9pm Fri 11am-10pm Sat 10am-10pm Sun 11am-7pm