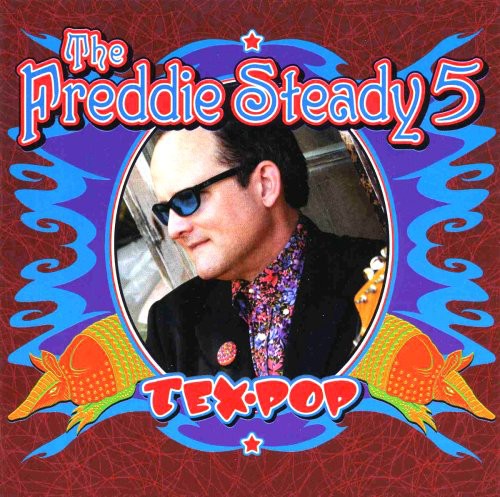 The Freddie Steady 5 is back! Tex Pop is just that; a powerful package of jangly, Beatlesque pop with a Texas touch. Texas Music Hall-of-Famer Freddie Krc (rhymes with search) has fronted some of Texas' coolest bands, including a country unit called Freddie Steady's Wild Country, a legendary punk/pop band called the Explosives, and Western folk rock outfit, the Shakin' Apostles. The Freddie Steady 5 is his most personal project yet, a vehicle for the kind of Rock and Roll that first captured his imagination when he saw the Beatles on Ed Sullivan. Krc was a Texas kid (still is) who found inspiration in that British beat, making it only fitting that his first concert was the Tex-Mex group with the British name, the Sir Douglas Quintet. Tex Pop is a little bit Beatles, a little bit Sir Doug, and a whole lot of Texas Pop, Freddie Steady style.
HOURS: Mon 11am-7pm Tues / Wed / Thurs 11am-9pm Fri 11am-10pm Sat 10am-10pm Sun 11am-7pm