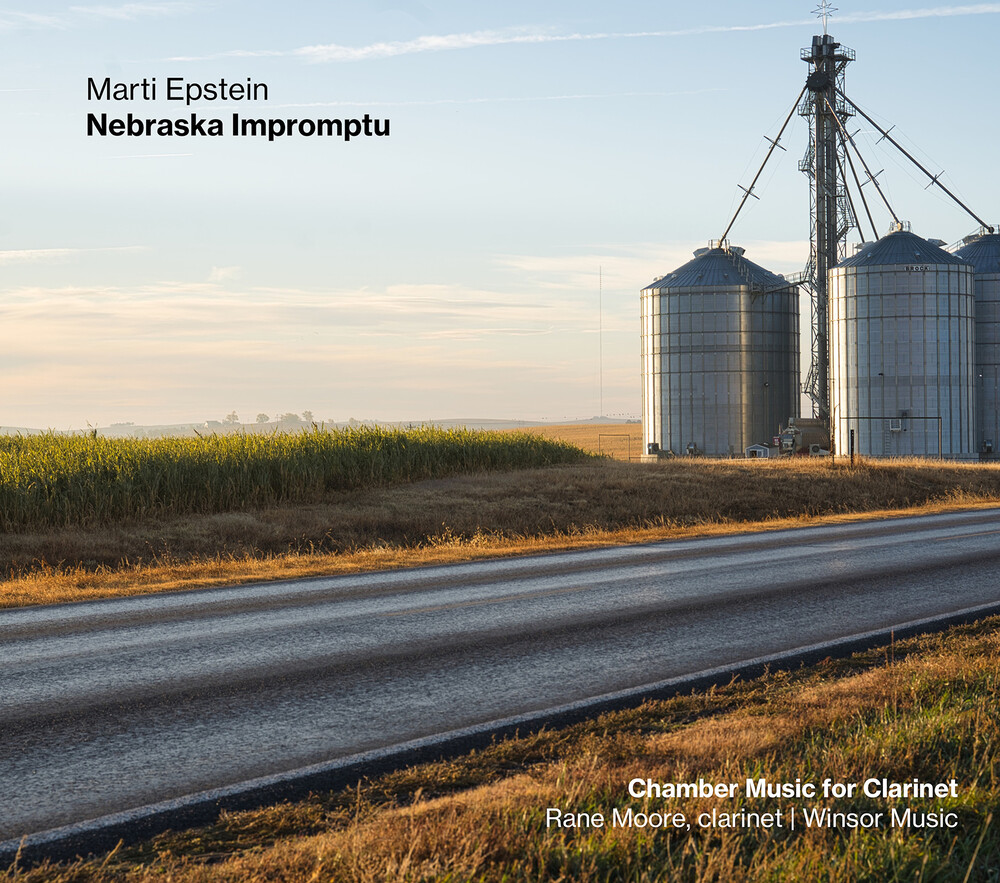 Boston based composer Marti Epstein releases this collection of her chamber music including clarinet, featuring Rane Moore and the Winsor Music ensemble. Epstein's music is shaped in equal measure by modern icons Webern, Feldman, and Takemitsu, as it is by the expansive landscape of the American plains and her upbringing in Nebraska. Marti Epstein is a composer whose music has been performed by the San Francisco Symphony, The Radio Symphony Orchestra of Frankfurt, Ensemble Modern, and members of the Boston Symphony. She has completed commissions for the Fromm Foundation, The Munich Biennale, the Ludovico Ensemble, Guerilla Opera, the Radius Ensemble, Tanglewood Music Center, Winsor Music, Boston Opera Collaborative, and the Callithumpian Consort. During the 2017-2018 concert season, Marti's work was featured extensively alongside the work of Anton Webern on the Trinity Wall Street's Time's Arrow Festival in New York City. Her music was also performed by the Boston Symphony Orchestra Chamber Players in Leipzig, Germany in June 2018. Her opera, Rumpelstiltskin, was presented with shadow puppetry in May 2019 in New York City. In November 2019, the Boston-based Ludovico Ensemble presented three portrait concerts of Marti's music in celebration of her 60th birthday. In 2021 her music was featured as part of the Boston Symphony Orchestra's streaming concert content.
HOURS: Mon 11am-7pm Tues / Wed / Thurs 11am-9pm Fri 11am-10pm Sat 10am-10pm Sun 11am-7pm
This website uses cookies to personalize content and analyse traffic in order to offer you a better experience.
I accept Learn More
back to top