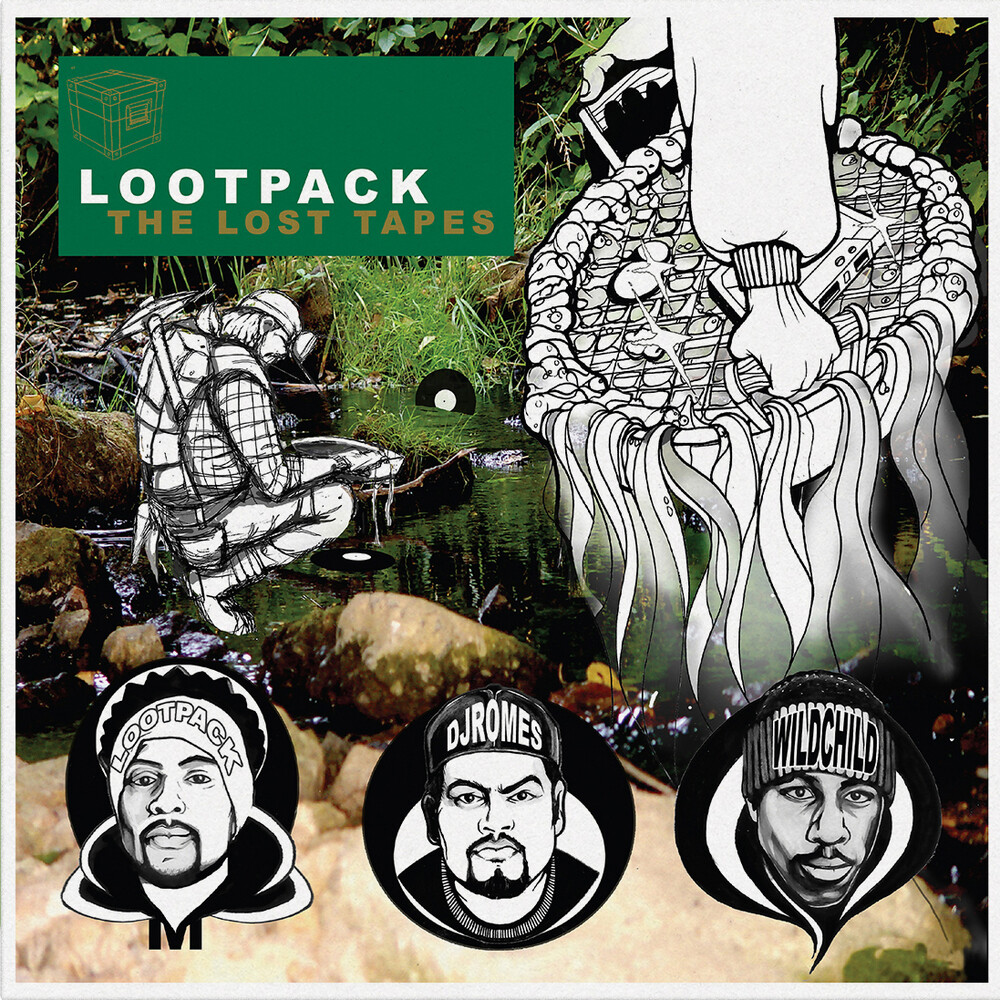 Double vinyl LP pressing. Before Madvillain, before Yesterday's New Quintet and before Quasimoto or any other of his several alter egos, Madlib perfected his craft as an MC/producer in the Lootpack. Along with DJ Romes, and fellow rhymer Wildchild, they released the dusty full-length, Soundpieces: Da Antidote back in 1999, that laid down the foundation for the unique and dusty sound now associated with Madlib. The loose, freeform recordings on this collection, The Lost Tapes, are circa 1996 when the group was managed by Madlib's father, and they show the now-renowned maverick producer in comparatively restrained form. Madlib's scope and imagination was clearly fixated on East coast jazzy hip-hop production from the early '90s, laying down soundscapes for his hungry crew including the likes of Kazi, Oh No, Kan Kick, Declaime and Medaphoar, who have all become well known underground rap vets. Madlib's own strong mic presence is noticeable given his now only-on-rare-occasion rhyming, but it's his production that is the most fascinating element here. While a resolutely hip-hop project, the burgeoning jazzy flourishes and Madlib's heavily accomplished ear for sound makes the record an important starting point for adherents of his more recent exploratory work.
HOURS: Mon 11am-7pm Tues / Wed / Thurs 11am-9pm Fri 11am-10pm Sat 10am-10pm Sun 11am-7pm
This website uses cookies to personalize content and analyse traffic in order to offer you a better experience.
I accept Learn More
back to top