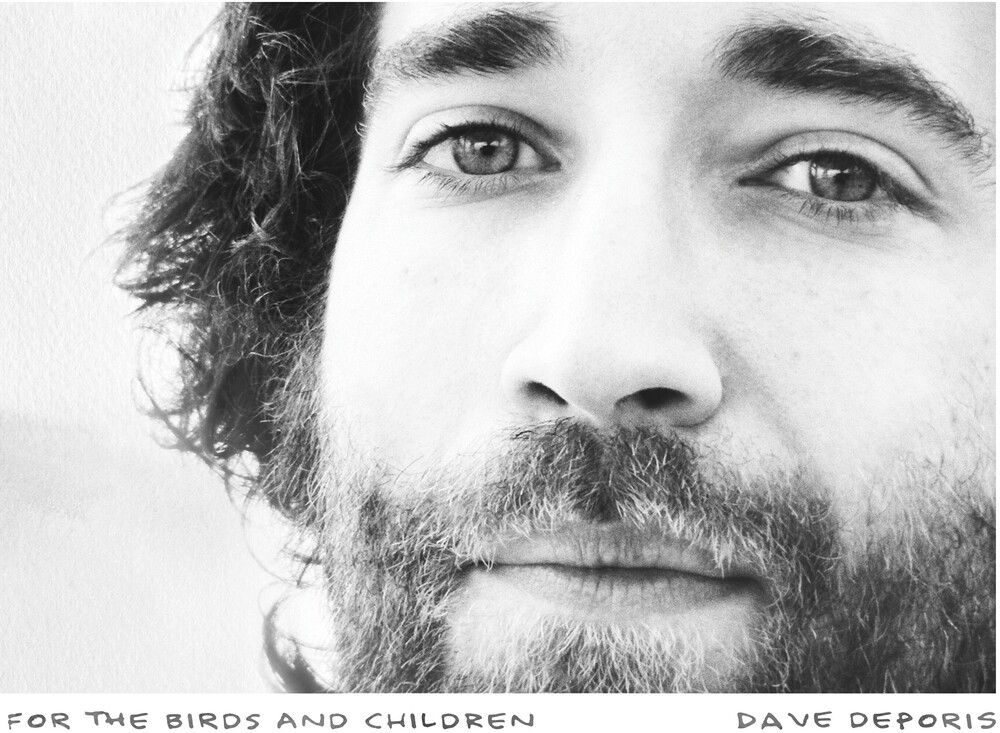 For The Birds and Children is a record Inspired by the frenetic and peaceful, set on clipped waves and uncertain times... An old frayed map by candlelight, intended to take listeners along on a journey from warm pads, through the backstreets in early morning hours and out into the wild spaces.This album was conceived in Brooklyn, somewhere off the Ft Hamilton Parkway in late 2005 and recorded over the course of a few years. It's not exactly the record that I set out to make but hopefully it will allow people to form a relationship with the songs.Most everything on here was recorded into a field recording microphone and DAT recorder in various locations around the city. What you're hearing here are good takes and not unlike what it would be like to see me perform live.Dave Deporis was a prolific and unique American singer-songwriter primarily active in the New York and California music scenes, most notably as part of the NY anti-folk resurgence of the early aughts. Taking inspiration from classical, folk and traditional world music, lyrically intensive singer-songwriters like Bob Dylan and Leonard Cohen, alternative, grunge and post-punk artists of the late 1980s and early 90s, Dave sought to make music which was both refined and fiercely non-elitist.Deporis' work has been described as emotionally moving in it's raw intensity and artistic truth, with subjects ranging from apocalyptic premonitions to the most simple feelings of love and belonging. Delivered with a unique voice, alternately growling and ethereal, his lyrics speak directly and sincerely to the listener, communicating an unwavering and honest reality unique to his music.Despite continuously writing, recording and performing for nearly 20 years, playing alongside many other well known and highly respected musicians, Dave never formally released an album during his lifetime.In August of 2017, Dave was working outside a cafe in Oakland when a thief grabbed his laptop containing many of his unreleased recordings. Dave pursued the thief as they fled and was struck down by the getaway vehicle.Since his passing, most of his large body of work has been gathered (including backups of most of the work originally feared lost in the theft) and an ongoing project is underway to preserve and release much of it over time. This effort has been greatly fueled by Dave's friends, who have not only raised funds, offered material and information but have contributed their time and talents to help bring this project to fruition and see that Dave's music lives on.
HOURS: Mon 11am-7pm Tues / Wed / Thurs 11am-9pm Fri 11am-10pm Sat 10am-10pm Sun 11am-7pm