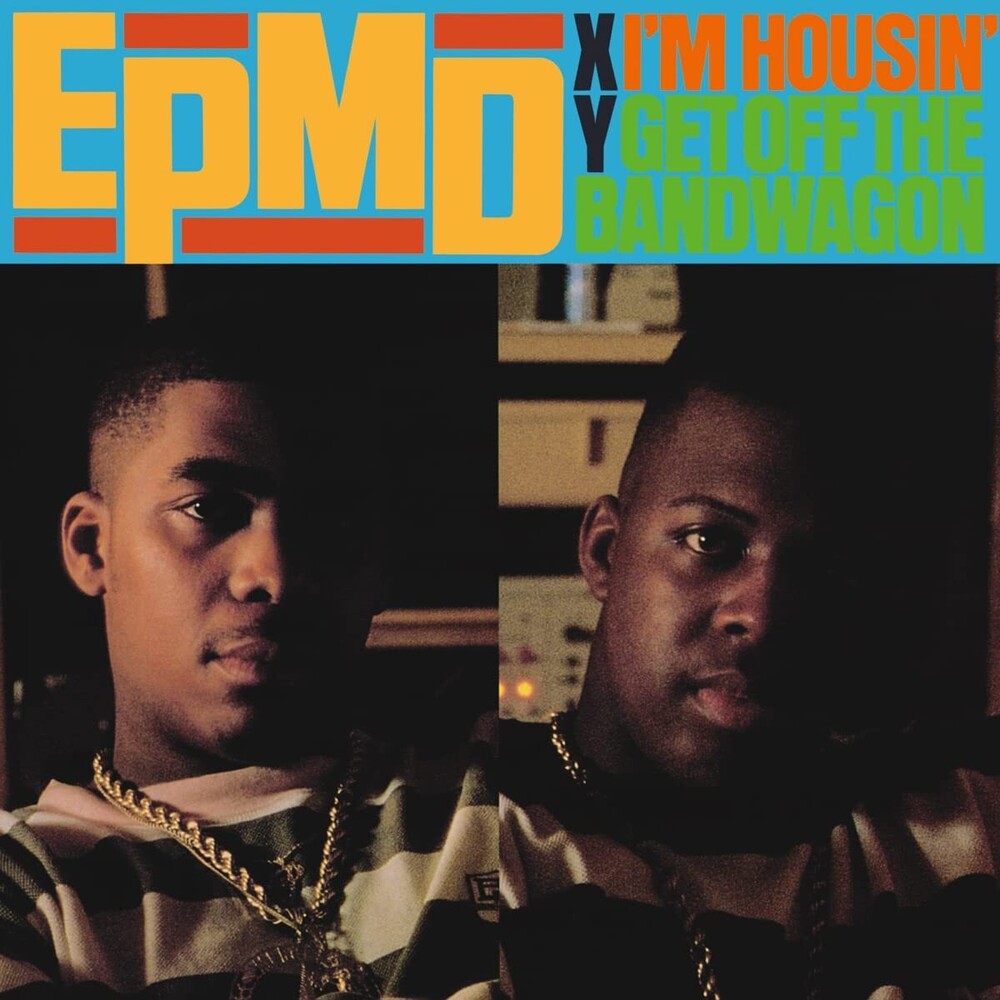 So strong was EPMD's epochal debut album 'Strictly Business' that it spawned three all-time classic singles, providing part of the soundtrack to, arguably, the height of the original Golden Age. When discussing the landmark artists of that era - Public Enemy, Boogie Down Productions, Eric B & Rakim - the duo of Erick Sermon and Parrish Smith are certainly in the conversation. And when it comes to all-time duos, they might be at the head of the table.The original release of 'I'm Housin' came in 1989, and the only previous 7" release was confined to the UK - it now fetches sky-high prices. Hence this reissue couldn't be more timely, showcasing just how fresh E Double E and PMD sound over even the most rudimentary but feverishly catchy of beats.That was their genius - trading 'slow flow' punchlines over deceptively simple backings - and that's exactly what you get here. The loop of Aretha Franklin's indelible 1971 gem 'Rock Steady' does all the heavy lifting musically, the only adornment a brief vocal snippet taken from their own 'It's My thing' - EPMD is a world premiere.At a time when sampling was still in it's infancy, and before producers started to pride themselves on obscurity, and on chopping up samples creatively, this was the approach of many a hip-hop song, and rap was none the poorer for it. When you have voices as distinctive and strong as EPMD, less is more.
HOURS: Mon 11am-7pm Tues / Wed / Thurs 11am-9pm Fri 11am-10pm Sat 10am-10pm Sun 11am-7pm
This website uses cookies to personalize content and analyse traffic in order to offer you a better experience.
I accept Learn More
back to top