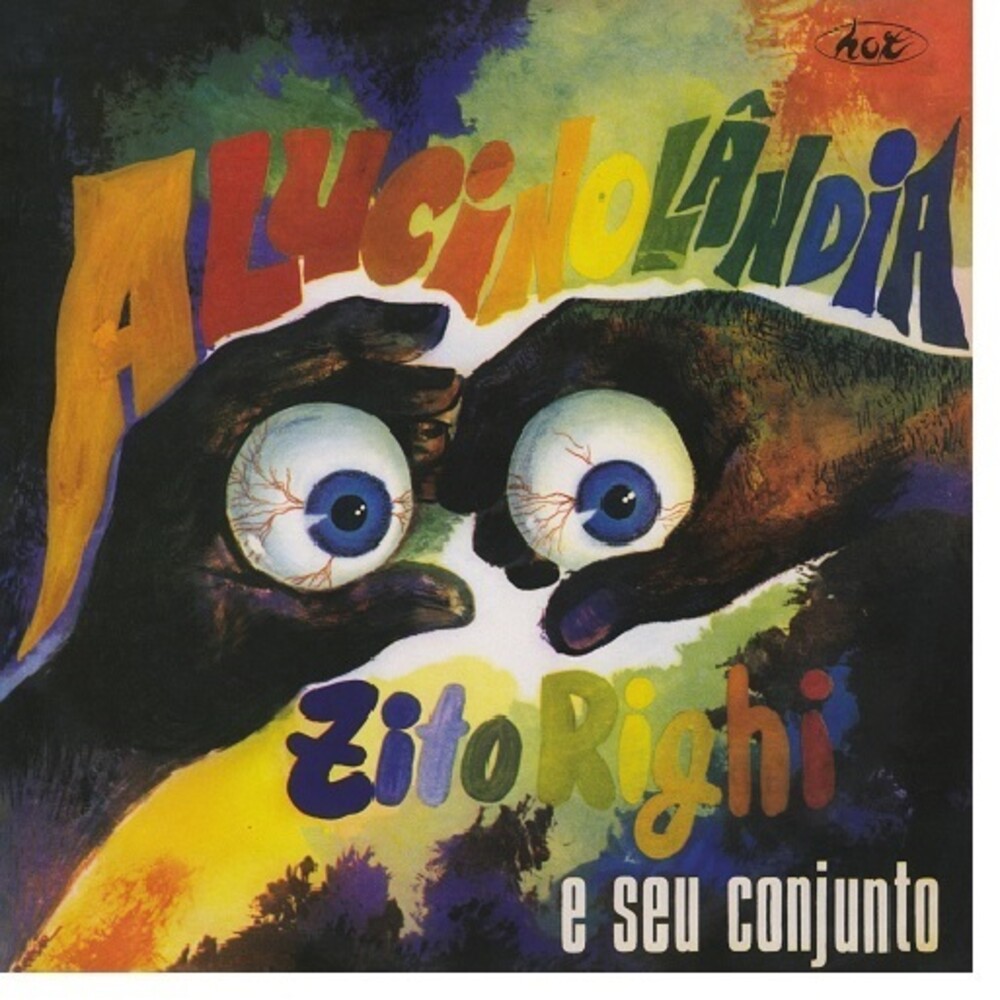 Some things take time to happen, some things perhaps take a bit longer than they should but, finally, we are delighted to present an issue of the iconic, and sought-after, Brazilian album 'AlucinolĂ˘ndia' by Zito Righi E Seu Conjunto from 1969. The trippy, surrealist 60s cover design with hands holding eyeballs is somewhat confusing. Rather than the stoner acid rock record that the art may suggest, 'AlucinolĂ˘ndia' is actually a quintessential 60s gem, mixing samba, MPB, bossa nova, quirky organ-led mod-jazz groovers and easy-listening crooners with a relaxed cool swagger. Zito Righi aka Isidoro Righi, the Brazilian saxophonist, instrumentalist, conductor and composer brought together an illustrious cast for this masterpiece, including the much-loved vocalist SĂ´nia Santos. SĂ´nia delivers a masterclass on the album's opener, and maybe it's crown-jewel 'Poema Ritmico Do Malandro'. The song is fierce and driving with an enticing funk intro that bursts into a Samba / Batucada workout. A real monster that works magic on the dancefloor. SĂ´nia would later re-visit this track in 1971 on a recording for Copacabana Records, which Mr Bongo released as part of the Brazil45 series. The Brazilian songwriter Roberval penned three tracks on the record, including another highlight and the far too short 'Birimbau'; a catchy Brazilian jazzy-samba dancer at it's finest. Other musicians include the drummer Fernando who also recorded with the greats Dila & Guilherme Coutinho.The fact the record was released in 1969 meant it was probably a bit out of step with it's contemporaries in comparison to the works of artists such as Os Mutantes, Gilberto Gil et al. The core of 'AlucinolĂ˘ndia' is that of a more optimistic early to mid-sixties party feelgood vibe rather than the angsty, psychedelia, and rebellion of the TropicĂˇlia movement. Over 50 years since it's release, the work can finally be judged on it's own merit; and what a beauty it is.
HOURS: Mon 11am-7pm Tues / Wed / Thurs 11am-9pm Fri 11am-10pm Sat 10am-10pm Sun 11am-7pm
This website uses cookies to personalize content and analyse traffic in order to offer you a better experience.
I accept Learn More
back to top