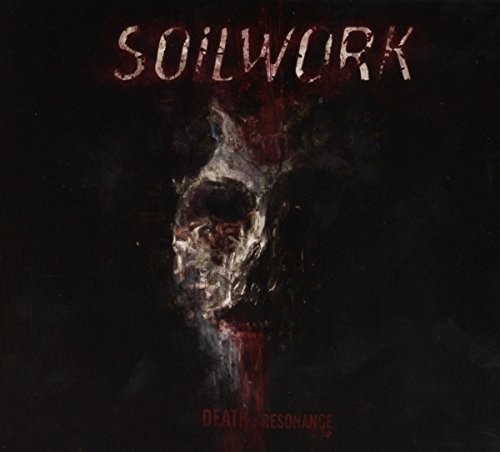 2016 collection from the Swedish metal heads. The special compilatoin of rarities under the moniker Death Resonance is nothing like your average best-of output, it delivers two brand new tracks as well as rare tracks spanning the last 11 years, going back to their opus magnum, Stabbing The Drama. Commented singer Björn Speed Strid: "The cover for Death Resonance is made by Mircea Eftemie and in many ways he managed to capture what we went through while recording The Ride Majestic: the sorrow, the close encounter with death, the aftermath and also the existential cogitation that came with it. It links those albums together, even though Death Resonance contains unreleased material from 2005 and forward. The cover almost seems like a link between life and death and not only captures where the band is right now, but also where we've been and what lies ahead." Besides delivering more than 60 minutes of new and rare Soilwork tunes, Death Resonance also feature liner notes by the band as well as unreleased promo and live photos from the mentioned era
HOURS: Mon 11am-7pm Tues / Wed / Thurs 11am-9pm Fri 11am-10pm Sat 10am-10pm Sun 11am-7pm
This website uses cookies to personalize content and analyse traffic in order to offer you a better experience.
I accept Learn More
back to top