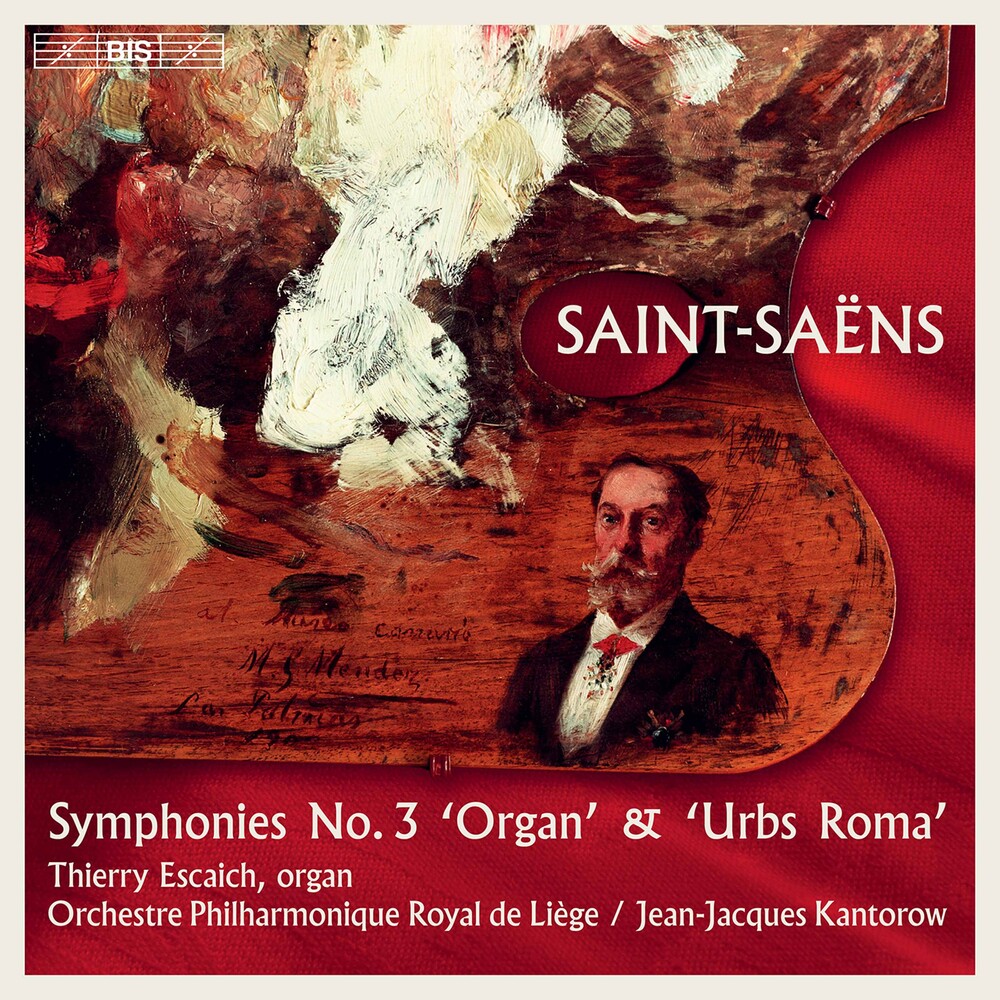 The present album is the second of two recorded by the Orchestre Philharmonique Royal de LiĂ¨ge and Jean-Jacques Kantorow to commemorate the centenary of the death of Camille Saint-SaĂ«ns. On the first instalment the team offered us 'deeply impressive performances in stunning sound' (theclassicreview. Com) of the composer's first and second symphonies and the unnumbered Symphony in A major, but now the time has come for Saint-SaĂ«ns' crowning glory in the symphonic genre: his Symphony No. ?3 in C minor, generally known as the 'Organ Symphony'. The work was composed in 1886, and Saint-SaĂ«ns had planned to dedicate it to Liszt but the latter's death the same year caused the dedication in the published score to be modified to 'in memory of Franz Liszt'. It is written for a larger orchestra than his previous symphonies, with the unusual addition of a piano and an organ - the two instruments that Liszt (and Saint-SaĂ«ns himself) favored. Without being a virtuoso vehicle, the organ part is central to the work - especially in the grandiose ending - and it is here performed by the renowned organist Thierry Escaich, playing the great organ of LiĂ¨ge's Salle Philharmonique. On the album, the symphony is preceded by the 'Urbs Roma' symphony, composed in 1856 by a 21-year-old Saint-SaĂ«ns. It was written for a competition, and it's title - 'the city of Rome' - was one of the subjects prescribed by the organizers. In the absence of an explanation by the composer, it is unclear how the music relates to the subject. Another enigma is why Saint-SaĂ«ns omitted the symphony from his catalogue of works, even though it actually won him a first prize. In consequence, 'Urbs Roma' remained unpublished until 1974 and is rarely heard even today.
HOURS: Mon 11am-7pm Tues / Wed / Thurs 11am-9pm Fri 11am-10pm Sat 10am-10pm Sun 11am-7pm
This website uses cookies to personalize content and analyse traffic in order to offer you a better experience.
I accept Learn More
back to top