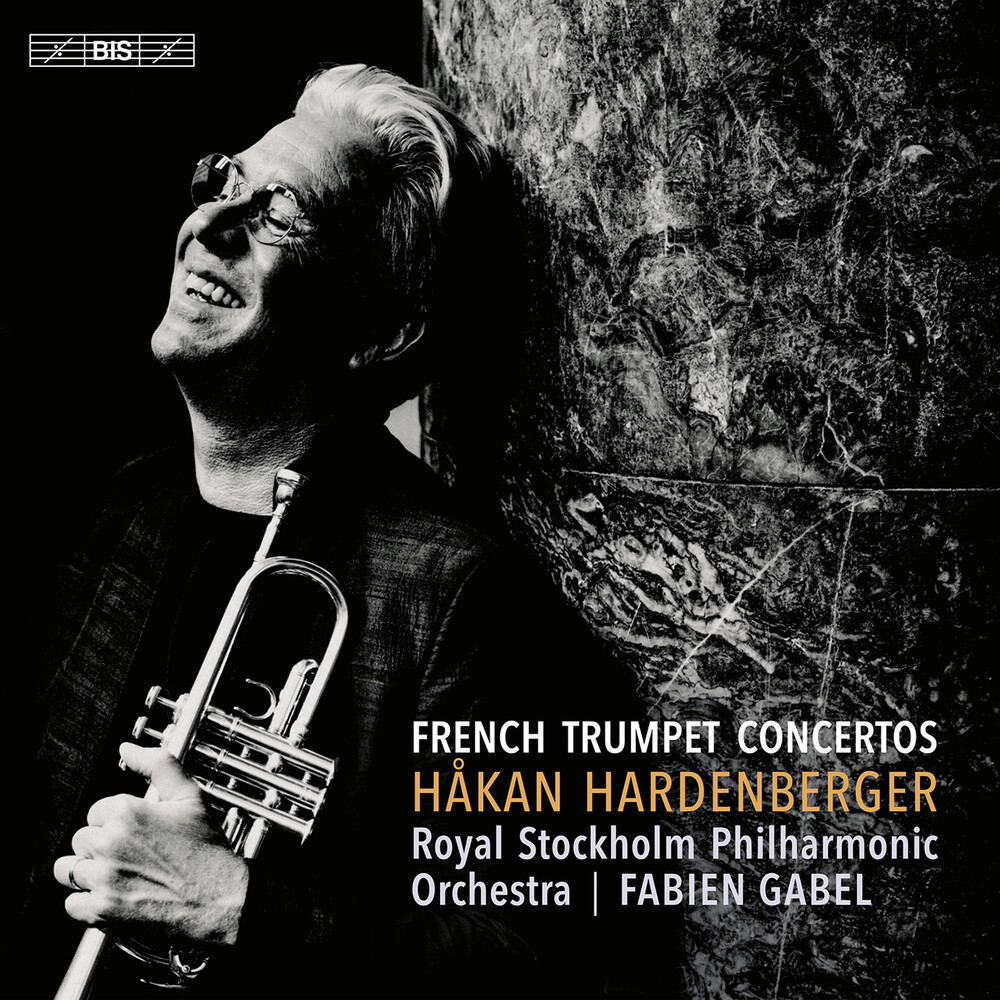 During the second half of the 19th century, a French school of trumpet playing was established, with French musicians and composers at the forefront of the instrument's musical and technical development. As a result, it was entrusted with a more prominent role within the orchestra and soon also as a solo instrument. On the present disc, HĂĄkan Hardenberger - who like so many other leading trumpet players studied in Paris - presents some of the fruits of this development: five important French works composed between 1944 and 1977. With the support of the Royal Stockholm Philharmonic Orchestra and conductor Fabien Gabel - who incidentally began his career as a trumpet player - he opens the disc with Henri Tomasi's Trumpet Concerto. Often performed and recorded, it here appears on album for the first time with it's original, longer ending, reconstructed from a newly discovered manuscript. Another rarity is the version for trumpet and orchestra of Florent Schmitt's Suite, a work which is more commonly heard with piano accompaniment. Rather more frequent in concert are AndrĂ© Jolivet's Concerto and the Concertino in which Hardenberger is joined by his regular chamber music partner Roland PĂ¶ntinen as co-soloist. The most recent work on the disc is Onze Lieder by Betsy Jolas, a work which has a special resonance for both soloist and conductor as it was written for their trumpet teacher Pierre Thibaud.
HOURS: Mon 11am-7pm Tues / Wed / Thurs 11am-9pm Fri 11am-10pm Sat 10am-10pm Sun 11am-7pm
This website uses cookies to personalize content and analyse traffic in order to offer you a better experience.
I accept Learn More
back to top