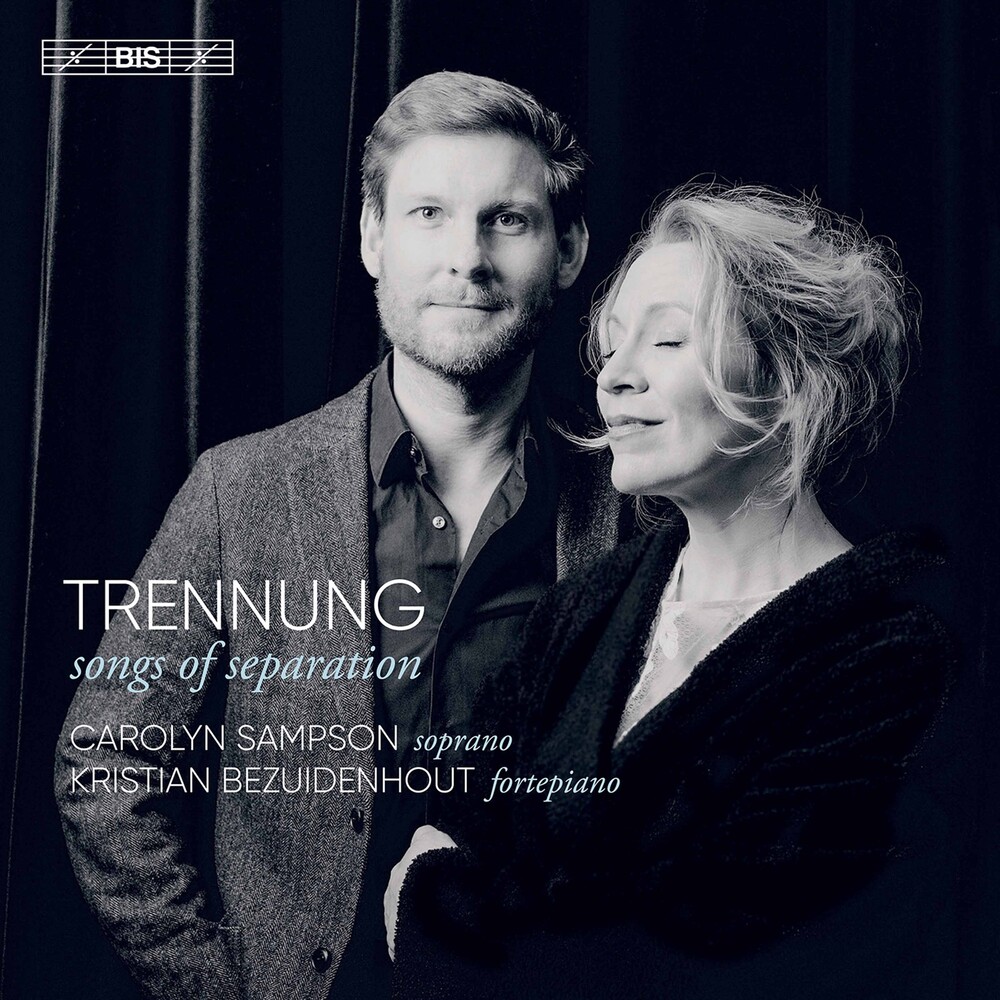 In the early 19th century, while Haydn and Mozart remained revered, many of their once admired contemporaries quickly fell into oblivion and with them much delightful, finely crafted music. In a recital centered on songs of parting, Carolyn Sampson and Kristian Bezuidenhout seek to make some amends to this. They open with August Bernhard Valentin Herbing's Montan und Lalage, a miniature opera for one singer, with the keyboard-as-orchestra providing the scenery and stage action. Giving Bezuidenhout's fortepiano the recognition it deserves, the program also includes no less than two songs dedicated to the instrument, by composers we rarely hear of today: Friedrich Gottlob Fleischer and Christian Michael Wolff. But even though Mozart and Haydn are still household names, it isn't on account of their solo songs, which makes the performers' decision to also throw light on their less familiar work a welcome one. The program features four songs each by them, including Mozart's Lied der Trennung (Song of Parting), which has lent it's name to the entire program, as well as Haydn's Arianna a Naxos, a dramatic cantata in which the Cretan princess Ariadne expresses her love of the Greek hero Theseus... and her agony when he sails off, leaving her alone on the island of Naxos.
HOURS: Mon 11am-7pm Tues / Wed / Thurs 11am-9pm Fri 11am-10pm Sat 10am-10pm Sun 11am-7pm
This website uses cookies to personalize content and analyse traffic in order to offer you a better experience.
I accept Learn More
back to top