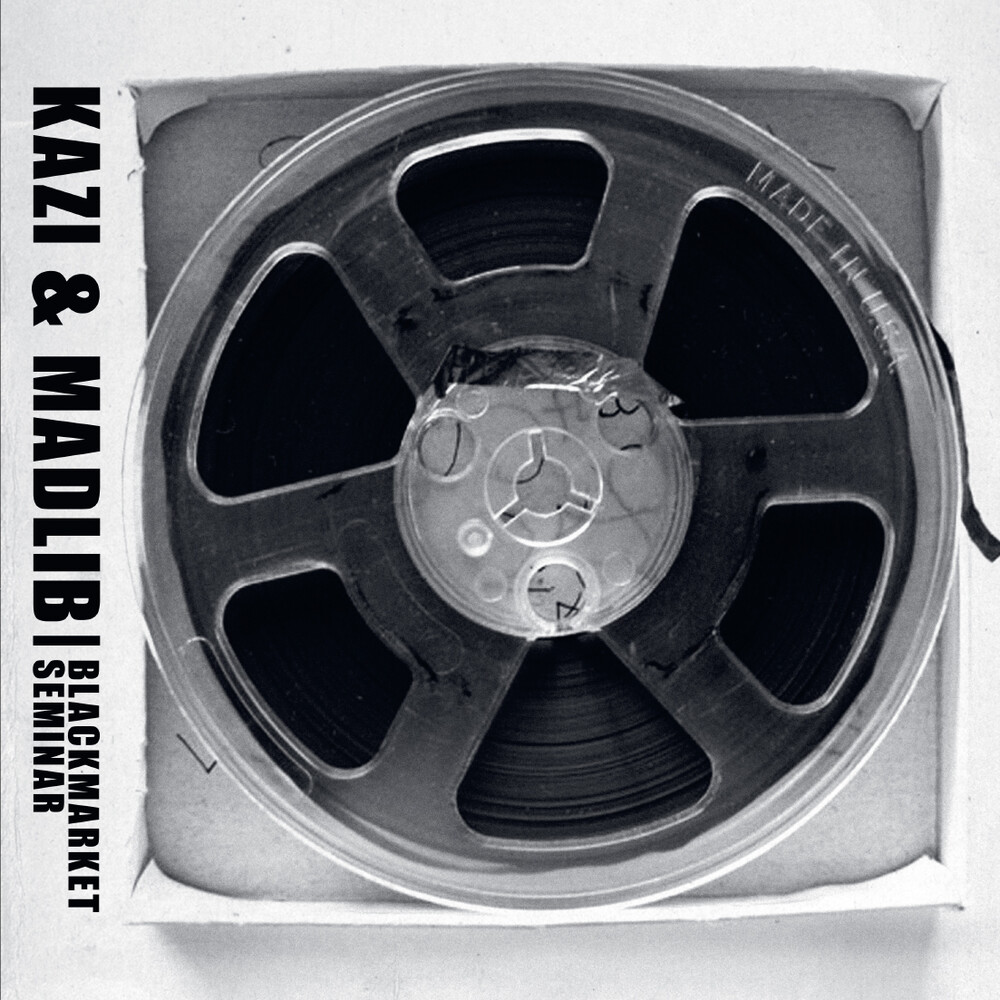 Kazi's Blackmarket Seminar was entirely produced by Madlib and boasts guest features from MED, Wildchild, Declaime (Dudley Perkins) and Oh No. The album was recorded in 1996 and has been newly re-remastered for vinyl 2LP. Kazi says, "We recorded this album in the wee hours at CDP studios back in '96. It was pretty much me, Madlib and Declaime in the lab when this album was recorded. I learned so much from Lib cadence, rhyme patterns, timing and how to dig for records. What some people don't know is this cat actually took the time to show me how to make beats. I must say working with Lib was an amazing experience. The "Blackmarket Seminar" is a very raw and dark album. We came up with "Black Market" because at the time we were doing Hip Hop that nobody else was doing and to us you could only get it on the "Black Market". When you first play the album you'll hear characters on a skit in search of the black market seminar. We really tried to make it seem like the characters were outside walking around looking for it."
HOURS: Mon 11am-7pm Tues / Wed / Thurs 11am-9pm Fri 11am-10pm Sat 10am-10pm Sun 11am-7pm
This website uses cookies to personalize content and analyse traffic in order to offer you a better experience.
I accept Learn More
back to top