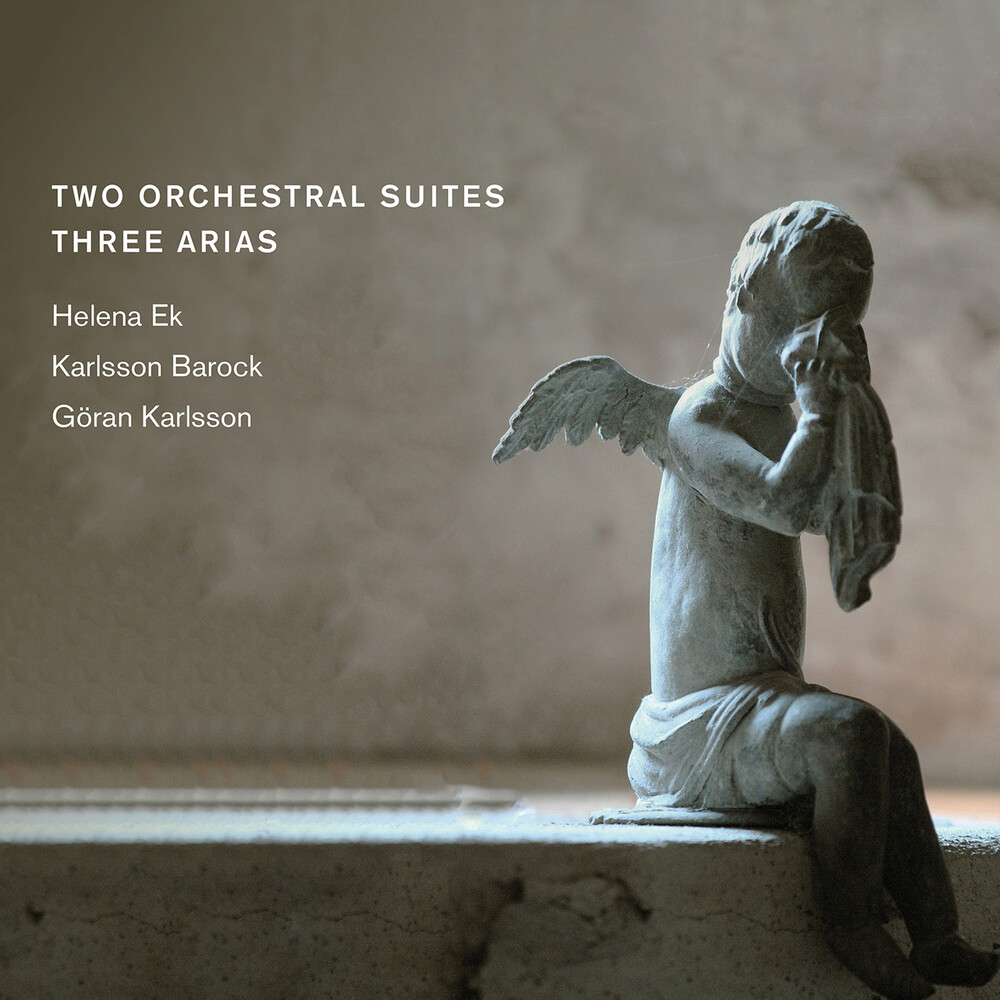 Karlsson Barock is possibly the most prominent string ensemble for Baroque music in Northern Europe. On this album, Two Orchestral Suites & Three Arias, the orchestra is expanded with three woodwind play-ers from another important Swedish ensemble: The Drottningholm Baroque Ensemble. The first piece on this album is the orchestral suite by Georg Philipp Telemann, Ouverture-Suite in C Major, TWV 55: C6. Telemann's Orchestral Suites - also known as 'Ouvertures' like Bach's - were viewed as the pinnacle of the composer's synthesis of Italian and French styles into something quintessentially German. As an interlude before Bach's orchestral suite, we hear three arias from two tremendously popular operas at the time: Alcina by Georg Friedrich Händel and Farnaceby Antonio Vivaldi. To our great joy, the soprano part is performed by Helena Ek, a much-appreciated soloist for early music in Europe. Ms. Ek has an impressively extensive repertoire that spans from early music to con-temporary and she has teamed up with Göran Karlssonin several early music productions. Bach's Orchestral Suite No. 1 in C Major, BWV 1066, concludes this wonderful album. Bach's Four Orchestral Suites have helped challenge, alter and reshape what we understand about the composer. Mostly because we don't often associate Bach, the sober Lutheran organist, with exuberant and joyful dance music. But these are works of considerable maturity and sophistication that deserve their place alongside the great scores of Bach's last decades. From Footprint Records, we wish you an enjoyable listening.
HOURS: Mon 11am-7pm Tues / Wed / Thurs 11am-9pm Fri 11am-10pm Sat 10am-10pm Sun 11am-7pm
This website uses cookies to personalize content and analyse traffic in order to offer you a better experience.
I accept Learn More
back to top