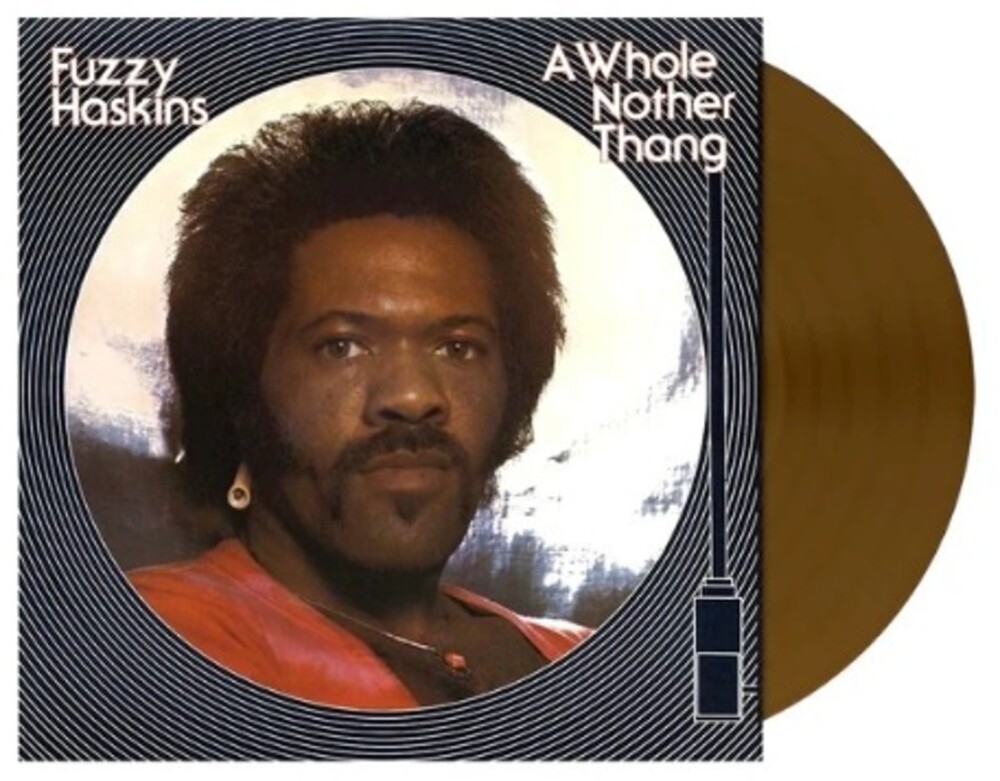 Limited 180gm colored vinyl LP pressing housed in gatefold jacket with obi strip. Includes liner notes. A co-founder of the P-Funk movement, Clarence Eugene "Fuzzy" Haskins was a founding member of the groundbreaking and influential 1970s funk bands Parliament-Funkadelic. Fuzzy Haskins released his first solo album, A Whole Nother Thang, in 1976. The album features funk 'all-stars' from the likes of Bernie Worrell, Donald Austin and Bootsy Collins. Haskins wrote eight of the nine songs and served as producer, singer, songwriter, guitarist and even drummer. The result was an album that oozed quality. With his brand of earthy and heavyweight funk, Fuzzy Haskins' solo work fits right in with many of the other great P-Funk side projects. Despite the quality of music, the album didn't sell in vast quantities and didn't find the audience it deserved. A Whole Nother Thang is a true gem to funk fans, mint vinyl copies are hard to find and pricey these days. If you are a Funkateer... this one's for you.
HOURS: Mon 11am-7pm Tues / Wed / Thurs 11am-9pm Fri 11am-10pm Sat 10am-10pm Sun 11am-7pm
This website uses cookies to personalize content and analyse traffic in order to offer you a better experience.
I accept Learn More
back to top