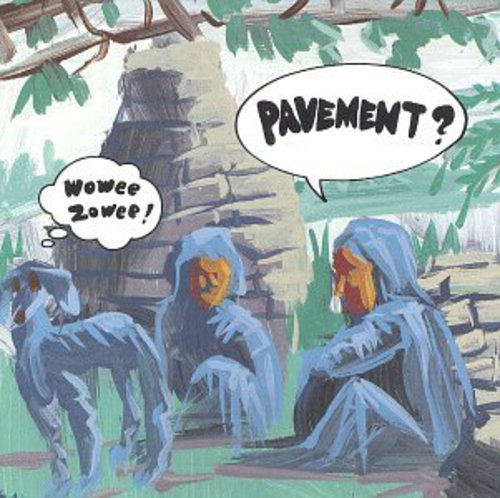 ''Wowee Zowee'' is the third studio album by Pavement. The album showcased a more experimental and spontaneous side of the group, returning them to the clatter and unpredictability of their early recordings after the classic rock vibe of 1994's ''Crooked Rain, Crooked Rain''. The cover art was painted by New York-based artist Steve Keene and resembles the cover of Guru Guru's 1972 album, "Känguru."

Rolling Stone speculated that the relative success of their previous album (having sold 169,000 copies by this time) was a reason for this album's eclectic nature; the magazine's review claimed Pavement were afraid of success. Stephen Malkmus later refuted this, attributing the stylistic shift to excessive marijuana consumption.

The album was recorded at Easley Studios in Memphis, Tennessee, with the exception of some tracks recorded at Random Falls, in NY.

"Motion Suggests" is featured on a Grandaddy compilation entitled "Below the Radio".

The album's title is an homage to former drummer Gary Young, who would frequently yell "Wowee zowee!" when excited. The title is also an alternate spelling of the Frank Zappa song "Wowie Zowie" from the album ''Freak Out!''

Matador Records released an expanded 2CD edition of this album under the title ''Wowee Zowee: Sordid Sentinels Edition'' on November 6, 2006.

In 2010, author Bryan Charles wrote a book about the album as part of the 33⅓ book series. - Wikipedia