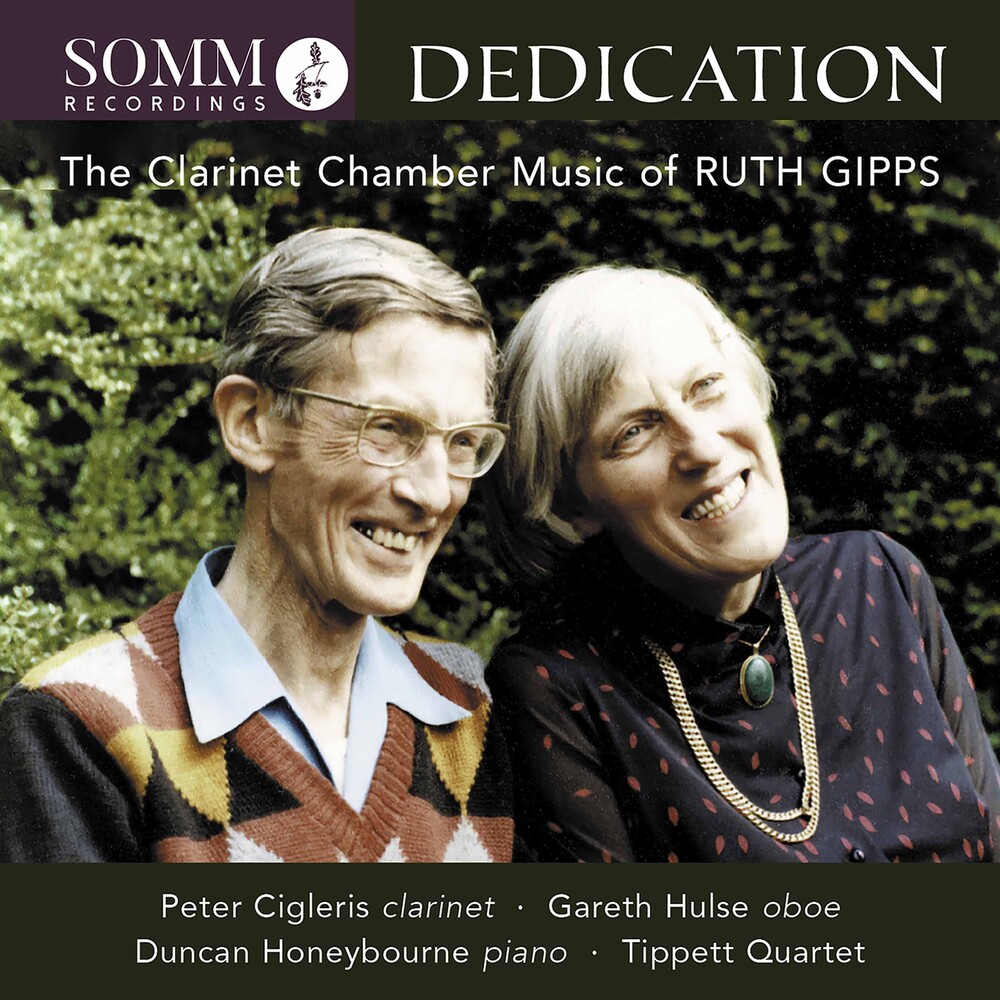 SOMM Recordings celebrates the centenary of the birth of Ruth Gipps with Dedication, featuring five premiere recordings of chamber works inspired by her clarinetist-husband, Robert Baker, most of which were recently broadcast on BBC Radio 3's Composer of the Week. Based on a Scottish legend, the early The Kelpie of Corrievreckan (Op.5b) is an evocative miniature for clarinet and piano revelling in Gipps' facility for locating a human dimension within a tragic fantasy; the Op.23 E-flat Rhapsody for clarinet and string quartet described by Robert Matthew- Walker in his informative booklet notes adroitly placing Gipps' music within the wider context of her career and personal life, as "a fluent, masterfully eloquent composition". The Op.51 Prelude for Bass Clarinet is a heartfelt soliloquy with a series of dance-like variations at it's heart. Two substantial works include the Quintet for Oboe, Clarinet and String Trio, Op.16 - a completion exercise for Gipps' degree course at Durham University boasting an imaginative intertwining of the individual voices, and the Cobbett Prize-winning Clarinet Sonata composed at a single sitting. "I heard it in my mind and wrote it down as fast as I could scribble", Gipps later recalled. Making their debuts on SOMM, clarinettist Peter Cigleris, oboist Gareth Hulse and pianist Duncan Honeybourne are joined by the Tippett Quartet, whose coupling of music by William Alwyn and Doreen Carwithen (SOMMCD 0194) was admired by The Strad for it's "radiant insight and affection... beguiling lustre and allure". SOMM's coupling of Gipps' Piano Concerto with works by Dora Bright (SOMMCD 273) was universally acclaimed, International Piano declaring it "a treat for fans of English music... unmissable", MusicWeb International haiing it as "simply outstanding... really impressive", with BBC Music Magazine remarking that Gipps' Concerto "seizes one immediately with her distinctive personality and voice".
HOURS: Mon 11am-7pm Tues / Wed / Thurs 11am-9pm Fri 11am-10pm Sat 10am-10pm Sun 11am-7pm