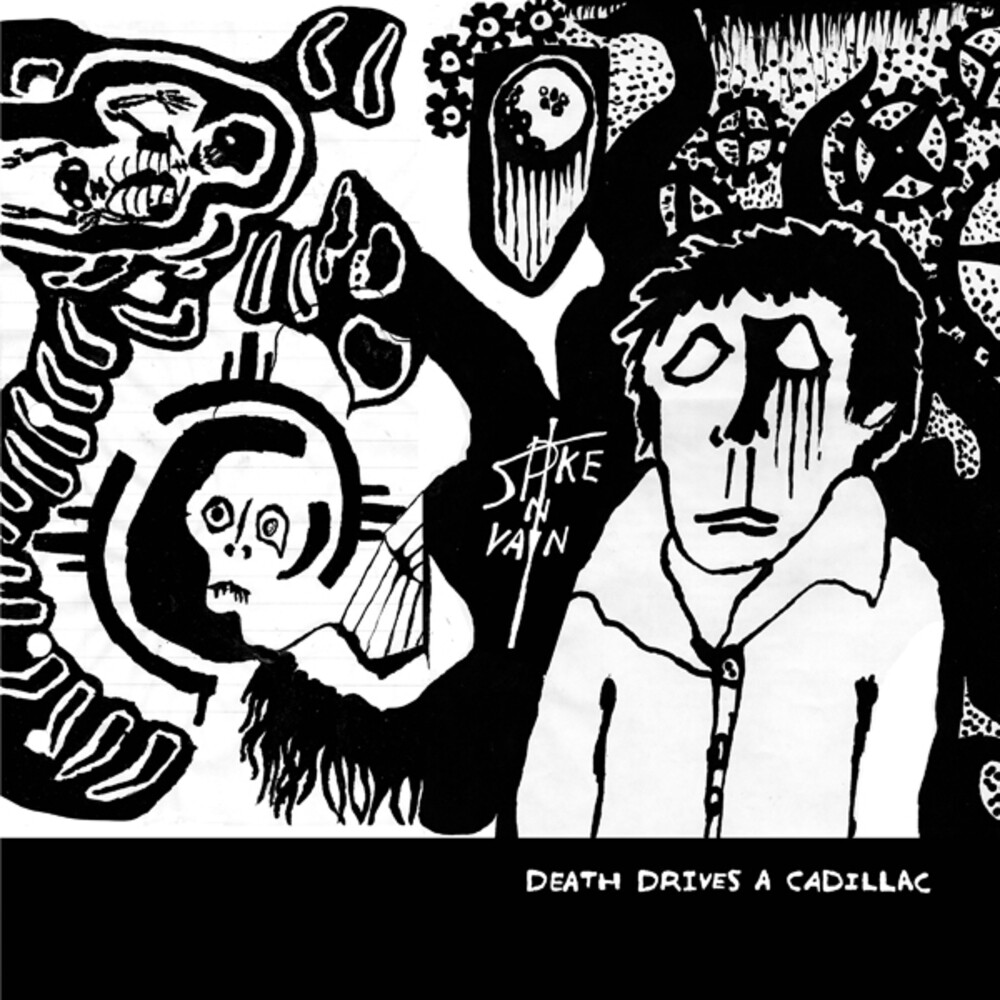 Death Drives A Cadillac was Spike In Vain's second album, never officially released and unheard in it's final form until now. Like many hardcore bands circa '84 and '85, the group was ready to further expand it's palette and ease off the thrash tempos. Recorded roughly a year after Disease Is Relative with a bigger budget, the album is even more wide-ranging, and the songs are more fleshed out."Despair grew inside her, I grew inside her. She named me Spirit Death, and this is my song" sings Chris Marec, the vocalist on half of this LP. Though less "young" than their debut, that album's darkness lingers, but here has a more removed, observational quality, with many songs sung in character or in the third person, along with a tendency for anthropomorphic allegory. It has a bit less to do with screaming for death to come than with a growing resignation to being the other, a recognition of inescapable alienation and it's relation to childhood trauma. -all with a heaping side of absurdity and a sense of wonder at the gradually unfolding endtimes.That said, many of the tracks wouldn't be out of place on the debut, and some feature exotic tunings. Bits of roots music come into play as well-gospel, blues, and country figure to some extent in a third of the songs, sometimes in convoluted, Beefheart-esque ways, and at other times toying with genre archetypes as a cat does a mouse.
HOURS: Mon 11am-7pm Tues / Wed / Thurs 11am-9pm Fri 11am-10pm Sat 10am-10pm Sun 11am-7pm