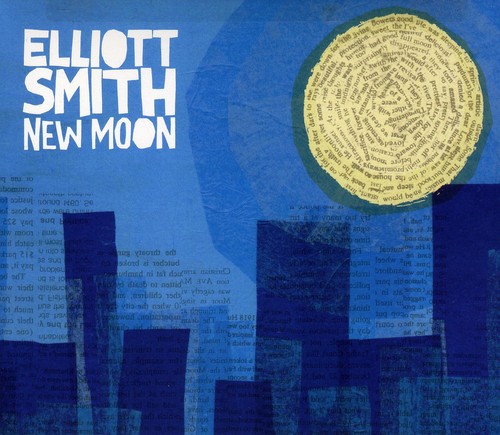 Arguably the most gifted songwriter of his generation, Smith produced a large body of work that includes five solo albums and a collection of songs completed before his death in 2003. This double CD contains twenty-four songs recorded between 1994 and 1997, a prolific time in Elliot's career, when he recorded his self-titled album and EITHER/OR. Like his other work, NEW MOON reflects the power of Smith's ability to integrate rich, melodic music with poetic, multi-layered lyrics.

It contains 24 previously unreleased songs recorded between 1994 and 1997, when Smith recorded his albums ''Elliott Smith'' and ''Either/Or'', both also released by Kill Rock Stars. It peaked at #39 in the UK. In the U.S., the album debuted at number 24, selling about 24,000 copies in its first week.

Audio mixing was done by Larry Crane, the archivist for Smith's estate.

The album cover was created by Portland artist Mike King, who has also produced work for numerous other musicians. - Wikipedia