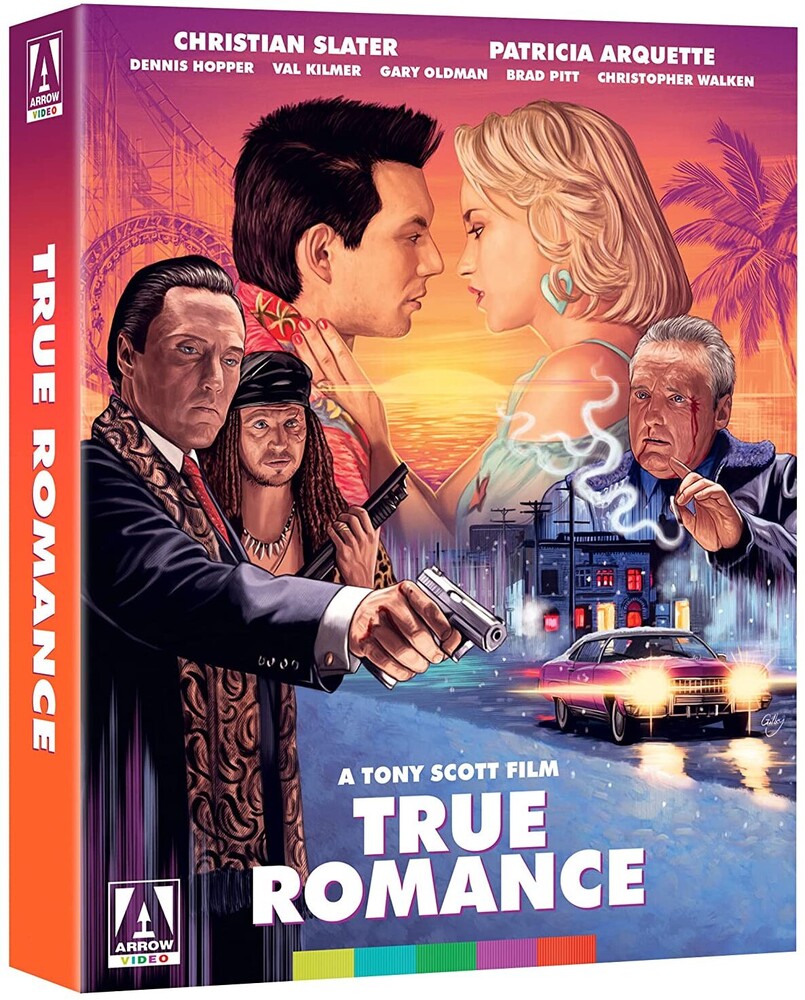 STEALING. CHEATING. KILLING. WHO SAYS ROMANCE IS DEAD? In 1993, action movie supremo Tony Scott teamed up with a hot new screenwriter named Quentin Tarantino to bring True Romance to the screen, one of the most beloved and widely-quoted films of the decade. Elvis-worshipping comic book store employee Clarence Worley (Christian Slater) is minding his own business at a Sonny Chiba triple bill when Alabama Whitman (Patricia Arquette) walks into his life - and from then on, the two are inseparable. Within 24 hours, they're married and on the run after Clarence is forced to kill Alabama's possessive, psychopathic pimp. Driving a Cadillac across the country from Detroit to Hollywood, the newlyweds plan to sell off a suitcase full of stolen drugs to fund a new life for themselves... but little do they suspect that the cops and the Mafia are closing in on them. Will they escape and make their dream of a happy ending come true? Breathtaking action set pieces and unforgettably snappy dialogue combine with a murderers' row of sensational performances from a stunning ensemble cast in Scott and Tarantino's blood-soaked, bullet-riddled valentine, finally restored in dazzling 4K with hours of brilliant bonus features
HOURS: Mon 11am-7pm Tues / Wed / Thurs 11am-9pm Fri 11am-10pm Sat 10am-10pm Sun 11am-7pm
This website uses cookies to personalize content and analyse traffic in order to offer you a better experience.
I accept Learn More
back to top