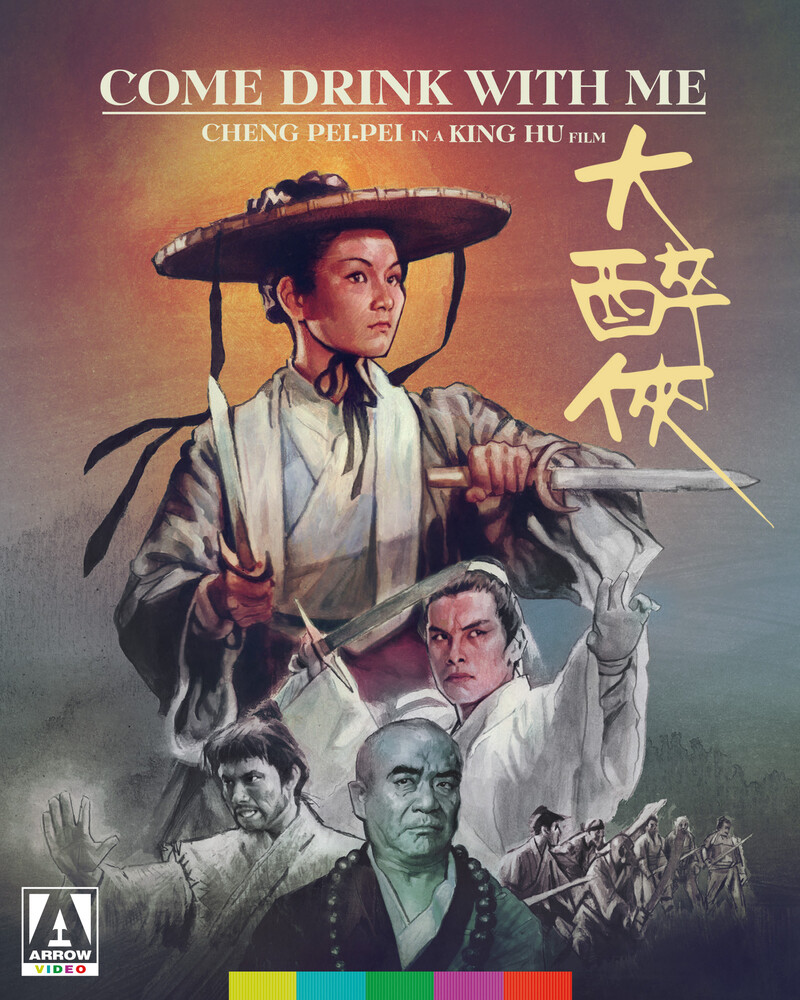 Years before Shaw Brothers' kung fu films made them the biggest film studio in Hong Kong, local audiences flocked to their wuxia pian films: mythic tales of swordfighting (and often gravity-defying) heroes fighting for honor. In his final film for the studio, Come Drink With Me, director King Hu (A Touch of Zen) broke fresh new ground in martial arts storytelling, and catapulted fresh-faced lead actress Cheng Pei-pei to stardom in the process. When the Governor's son is taken hostage by bandits, a mysterious swordsman named Golden Swallow (Cheng) is hot on their trail to ensure the son's release. What the bandits don't realize, however, is that Golden Swallow is actually a woman, and that the hostage is her brother. Determined to set him free, no matter how many goons she has to fight her way through in doing so, she is aided in her quest by a drunken beggar (Yueh Hua) who may have a closer connection to the bandits' leader than he initially let's on. Decades before Ang Lee brought the wuxia genre to international attention with Crouching Tiger, Hidden Dragon (in which Cheng played the villainous Jade Fox), King Hu set the original template in what is still considered one of Shaw Brothers' greatest and most influential action masterpieces.
HOURS: Mon 11am-7pm Tues / Wed / Thurs 11am-9pm Fri 11am-10pm Sat 10am-10pm Sun 11am-7pm
This website uses cookies to personalize content and analyse traffic in order to offer you a better experience.
I accept Learn More
back to top