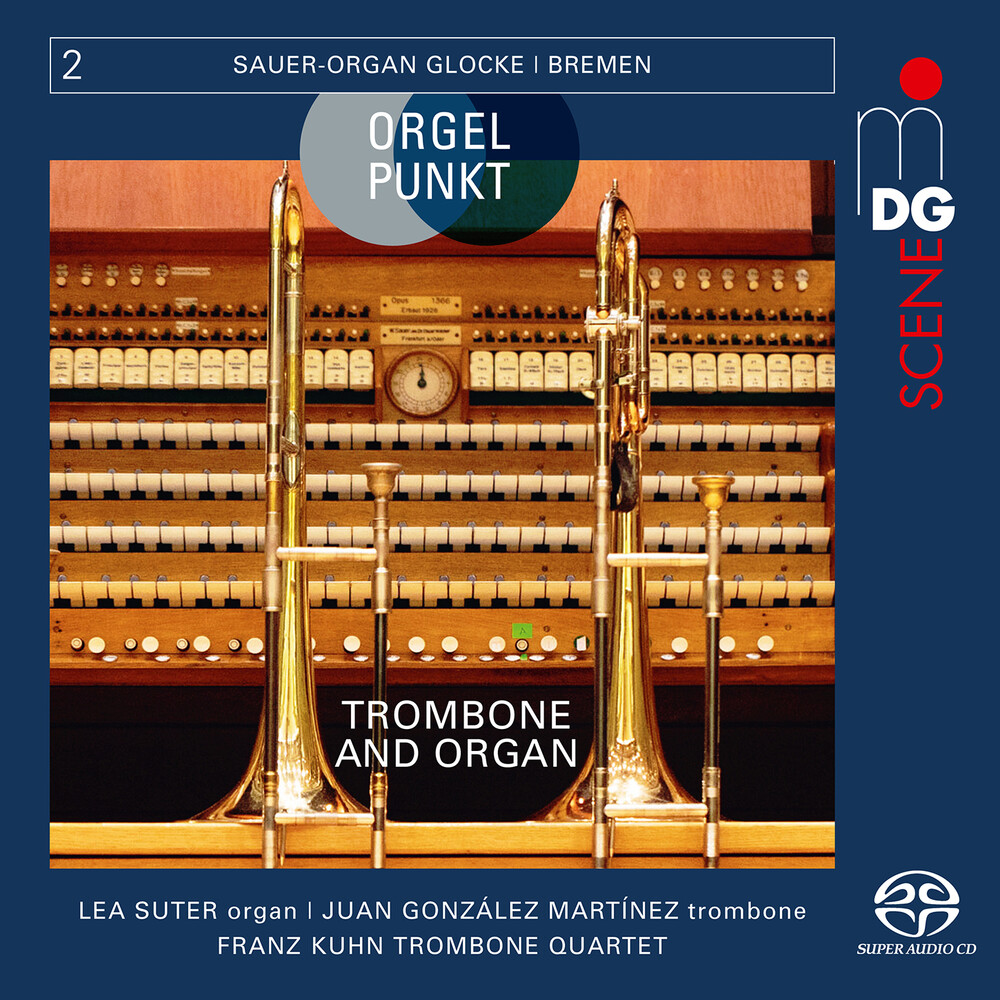 A double stroke of luck: the Sauer organ in the "Glocke" concert hall in Bremen has survived almost unchanged since 1928, despite all attempts to adapt the instrument to contemporary taste and fashion. The original pitch of 435 Hz has also been preserved - actually too low for ensemble playing today. However, the Franz Kuhn Trombone Quartet led by the enterprising Juan GonzĂˇles MartĂ­nez can fall back on an original trombone set from the 1920s. With this and together with organist Lea Suter, the four gentlemen bring remarkable literature from the heyday of virtuoso trombone playing to life in an authentic way. A wonderful addition to the first organ recital on the previous album. For a long time, cantabile playing in particular was denied the trombone. It was the then acclaimed virtuoso Paul Weschke who was the first professor in Germany to revolutionize trombone playing. Weschke added instructions for innovative playing techniques to his numerous transcriptions; thus legato became possible without producing a glissando - an indispensable prerequisite for vocal playing. Together with the romantic trombone instrument developed by Franz Kuhn, Weschke's pioneering playing techniques produce an immensely colorful sound that harmonizes most advantageously with the warmth of the Sauer organ in Bremen's "Glocke". This can be experienced excellently in the arrangements from Rossini to Reger, which were found in Weschke's extensive archive and are performed by MartĂ­nez and Suter with style and admirable esprit. The trombone quartets by Arno Hansen and August HĂ¤nsel are an ideal complement to the virtuoso program, allowing us to immerse ourselves in a world of sound long thought to be past. In the carefully balanced and spatially impressive recording, it can be grasped with the ears - just like the dimensions of this special organ in one of the most beautiful concert halls in Germany.
HOURS: Mon 11am-7pm Tues / Wed / Thurs 11am-9pm Fri 11am-10pm Sat 10am-10pm Sun 11am-7pm
This website uses cookies to personalize content and analyse traffic in order to offer you a better experience.
I accept Learn More
back to top