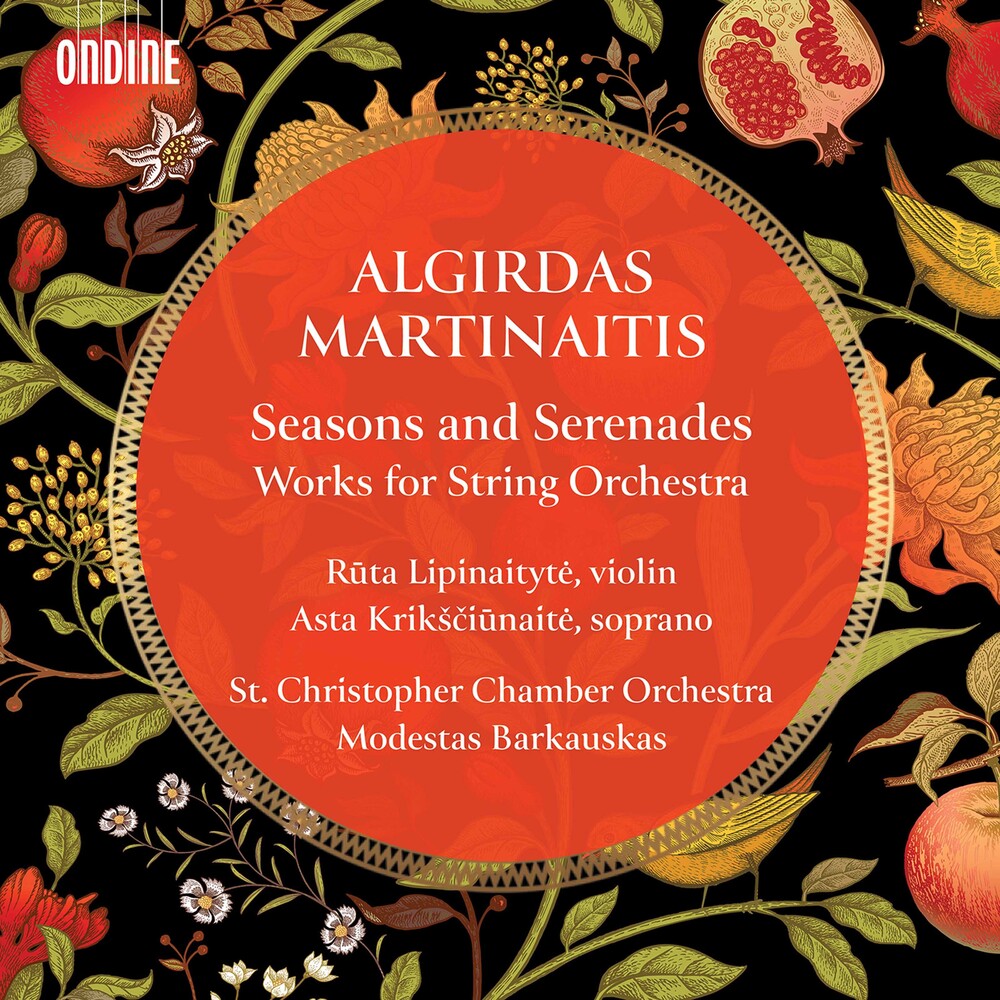 This album presents works for string orchestra by Lithuanian composer Algirdas Martinaitis (b. 1950) from his early breakthrough work Birds of Eden (1981) to a recent Valse triste (2020), giving a very broad vision of this composer. This program is performed by Lithuanian musicians of the St. Christopher Chamber Orchestra conducted by Modestas Barkauskas and featuring violinist Ruta Lipinaityte and soprano Asta Kriksciunaite. For keen fans of music within the Baltic states, Algirdas Martinaitis is quite known for his works dancing between a serene beauty and sincerity before collapsing into an almost sarcastic nihilism, a style which he describes as "new animality". Within this style, much like Henryk Górecki's 'circus pieces', sarcasm, irony, and subversion of expectations become central to the music making. His early chamber works, including Birds of Eden, demonstrated his unique voice and saw him grouped with the neo-romantic movement within Lithuania. However, never wanting to be predictable or stuck in an idiom, he later shifted to a newer style. The Three M'art Comedy Seasons for solo violin and strings makes numerous musical references, not least to the famous Four Seasons of Vivaldi. Artizarra for string orchestra and harpsichord has an energized and bouncy nature which is comparable to J. S. Bach's concerti for multiple harpsichords or the latter movement of Górecki's concerto for the instrument. The album also two recent songs to lyrics by Oscar (Vladislas de Lubicz) Milosz (1877-1939), the famous Lithuanian French-language poet.
HOURS: Mon 11am-7pm Tues / Wed / Thurs 11am-9pm Fri 11am-10pm Sat 10am-10pm Sun 11am-7pm
This website uses cookies to personalize content and analyse traffic in order to offer you a better experience.
I accept Learn More
back to top