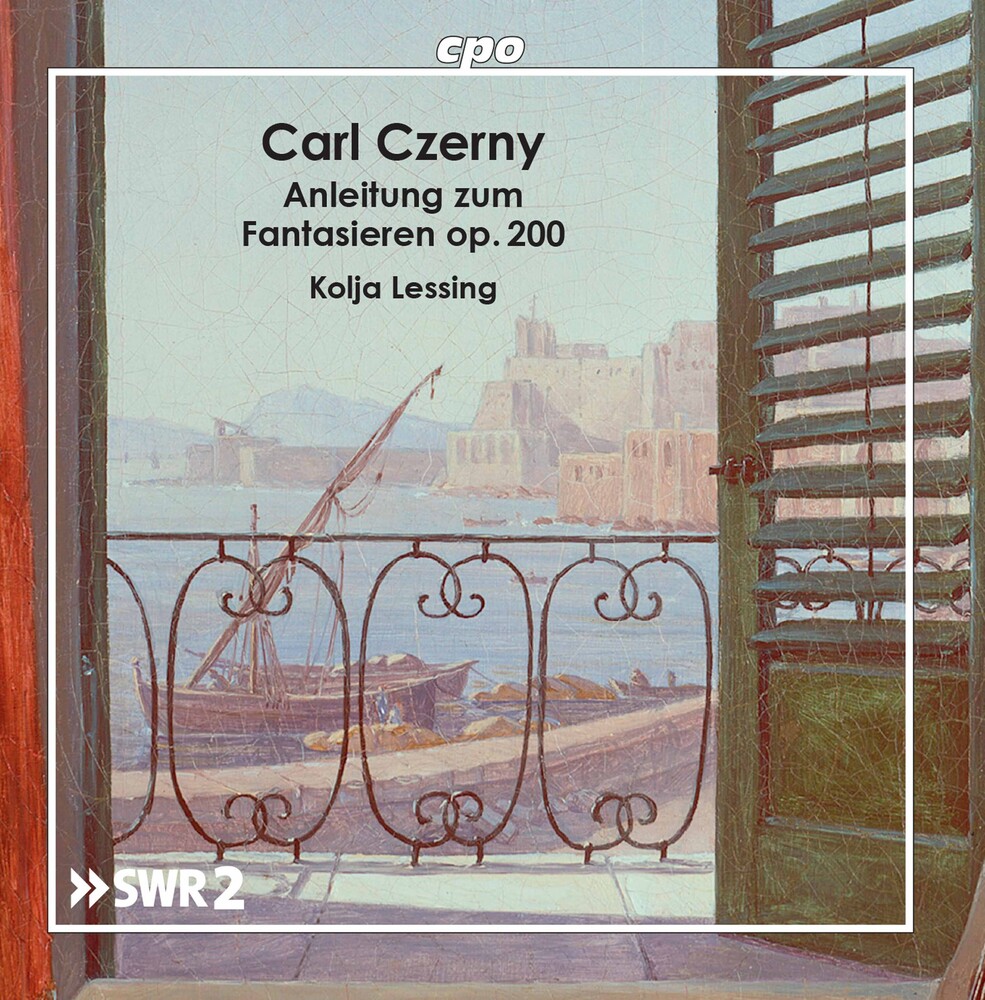 For the third time Kolja Lessing, one of the most versatile musicians of our times, dedicates himself to the multifaceted composer Carl Czerny and specifically to his Systematische Anleitung zum Fantasieren auf dem Pianoforte op. 200 (Systematic Introduction to Improvisation on the Pianoforte). "If a finely written musical work can be compared to a noble architectural edifice in which symmetry must predominate, then a successful fantasy is a beautiful English garden, seemingly without rules but brimming with surprising variety and intelligibly, meaningfully, and planfully executed." It was with this poetic comparison that Czerny, writing in the introduction to his Anleitung zum Fantasieren, characterized the nature of improvisation, contrasting it with a composition elaborated in writing. It is scarcely surprising that Czerny, quite early marked by many years of the closest contact with his mentor Beethoven and his unique art of improvisation, presented this compendium in 1829 in his effort to grasp music encyclopedically. As an instructive work, it systematizes all the different kinds of improvisation then in use and illustrates them with numerous models, often ones honed with the finest artistry. In his compendium Czerny addressed the knowledgeable, technically uncommonly well-versed player. In his accompanying texts he refers to models that at the time were almost completely unknown such as Bach's Well-Tempered Clavier and Art of Fugue, to exemplary works by his contemporaries Beethoven, Clementi, Hummel, and Moscheles, and even to his own publications in respect of each improvisational genre. It is thus that Czerny's op. 200 offers fascinating insights into the musical practice of the early nineteenth century at the crossroads between Classicism and Romanticism - while he himself already belongs to the Romantic period by virtue of his encyclopedic thought bringing together all the epochs of music history.
HOURS: Mon 11am-7pm Tues / Wed / Thurs 11am-9pm Fri 11am-10pm Sat 10am-10pm Sun 11am-7pm
This website uses cookies to personalize content and analyse traffic in order to offer you a better experience.
I accept Learn More
back to top