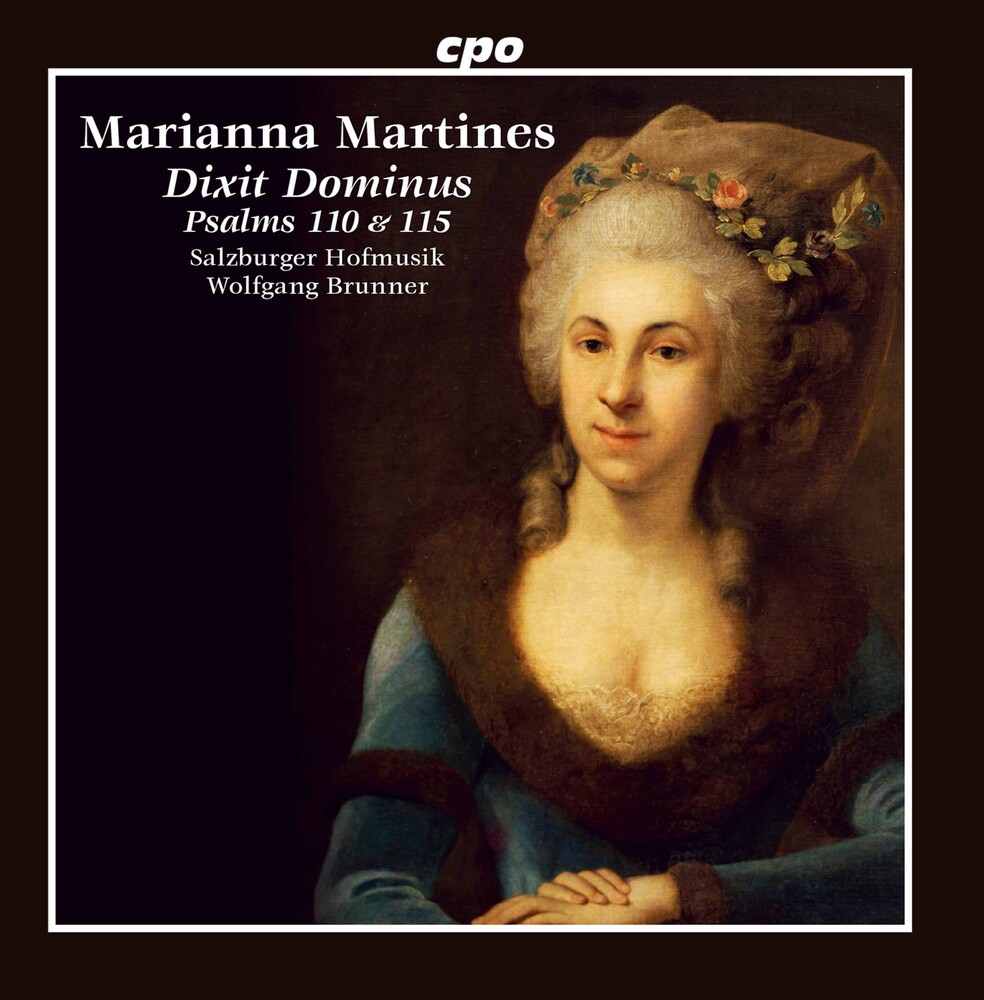 During her lifetime Marianna Martines was a highly regarded composer. In 1772, for example, the English music historian Charles Burney praised her "very well written" compositions, her keyboard artistry as "masterly," and her own person as a singer who was "more perfect than any singer I had ever heard." Pietro Metastasio, her mentor, valued her talent and art just as very much as did Wolfgang Amadeus Mozart, who frequently participated in her "musical evening entertainments." With these evenings, which were held "at least once a week," she exercised a considerable influence on Vienna's music life. The cantata "Dixit Dominus" after Psalm 110 represents something like this composer's visiting card. She applied for admission to the Accademia Filarmonica di Bologna with it and became the first woman ever to be accepted to this elite circle of internationally renowned musicians. Although the cantata primarily bears the imprint of Italian Early Classicism, it juxtaposes contrapuntal work in the old style with galant and empfindsam elements in keeping with those times, and her instrumentation of it is richly varied and colorful. The sacred cantata "Come le limpide onde" was the starting point for the present recording because it contains as a special feature two arias with an obbligato part for salterio (the Baroque forerunner of today's dulcimer). A stirring "Storm-and-Stress" symphony by Marianna Martines rounds off this alubm.
HOURS: Mon 11am-7pm Tues / Wed / Thurs 11am-9pm Fri 11am-10pm Sat 10am-10pm Sun 11am-7pm
This website uses cookies to personalize content and analyse traffic in order to offer you a better experience.
I accept Learn More
back to top