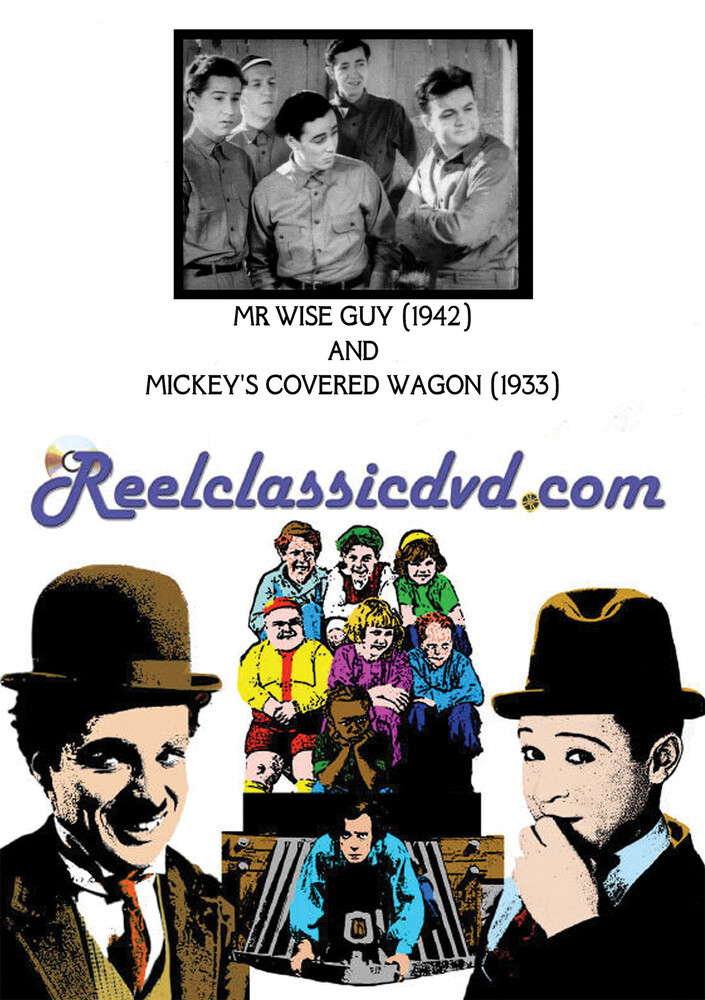 MR. WISE GUY starring Leo Gorcey, Huntz Hall, Gabriel Dell, Bobby Jordan, Ernie Morrison and Billy Gillbert. The boys are accused of stealing a truck, a crime they did not commit, and are sent to reform school. Meanwhile, Bill Collins, Danny's brother, is framed for a murder and sentenced to death. With the help of a newsreel shown in the reform school, the kids find out that a crooked bumbler (Billy Gilbert) is involved in the plot and escape to prove Bill's innocence! MICKEY'S COVERED WAGON starring Mickey Rooney, Billy Barty and Jimmy Robinson. Directed by Jesse Duffy. This film is an entry from the long running (1927 to 1934) Mickey McGuire series. Mickey and the gang begin an elaborate search for buried treasure complete with animal driven vehicles. A rich, spoiled rival tries to stop them by blowing them up! When a terrific thunderstorm ruins their plans, the gang take shelter in a haunted house and are terrified out of their wits by the spooky inhabitants!
HOURS: Mon 11am-7pm Tues / Wed / Thurs 11am-9pm Fri 11am-10pm Sat 10am-10pm Sun 11am-7pm
This website uses cookies to personalize content and analyse traffic in order to offer you a better experience.
I accept Learn More
back to top