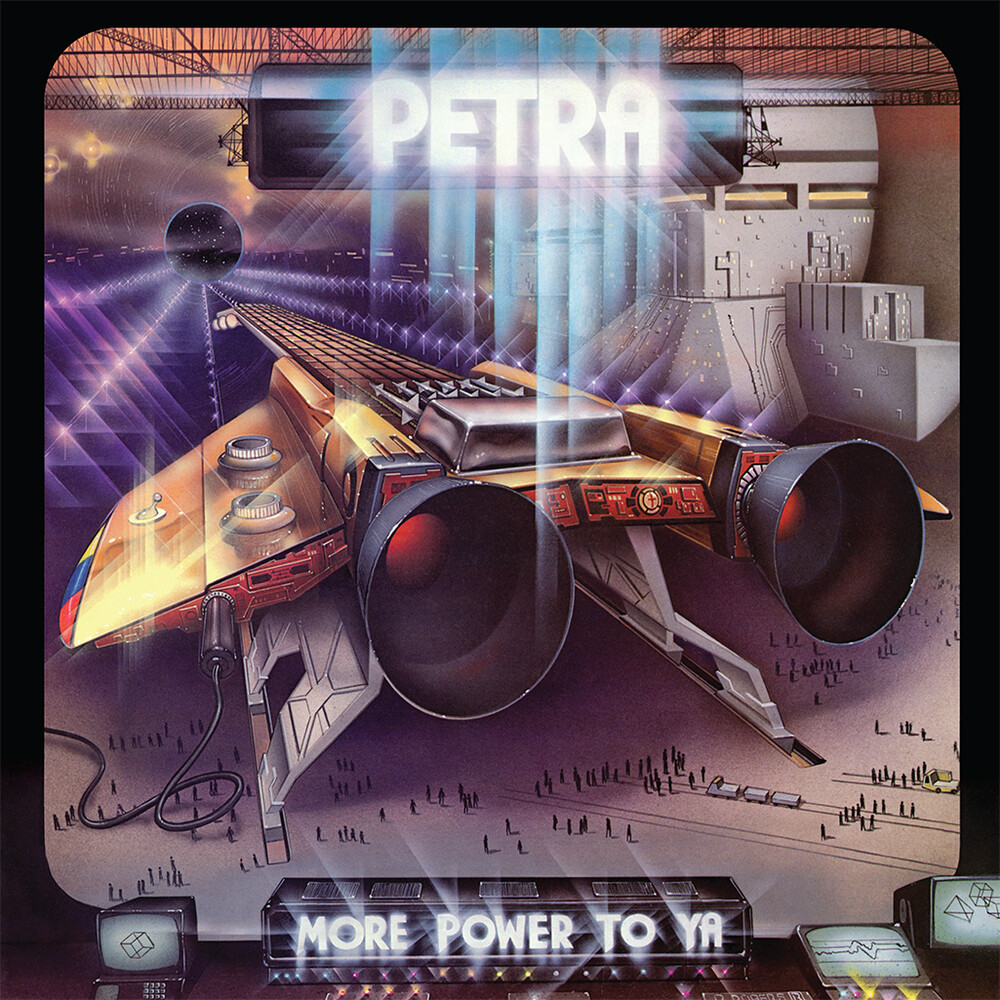 Petra got it's start in 1972 as one of the pioneers of Christian Rock. Now 20 albums later with 4 GrammysT and 10 Dove AwardsT, they are the World's Most Popular Christian Rock Band. Even Stryper fans would never enter into a debate on who the greatest Christian Rock Band of all time was. Although Stryper may have been large in the mainstream, no one came close to Petra in the Christian circuit selling 10 MILLION records and selling out large capacity arenas. Their impact was as undeniable as their music. Their albums More Power to Ya, Beat the System, and This Means War! Rock like none other and were clear defining moments for a band that just a few albums earlier had everyone convinced that they would be a status-quo CCM act. Nothing was further from the truth. As Petra soared to new heights with Greg X. Volz, Bob Hartman and Louie Weaver, More Power to Ya was THAT defining album that broke down all the barriers of what an effective ministry focused rock band could be, embracing backward masking (If you know, you know). Look no further than the powerful rockers "Second Wind" and "Judas' Kiss" for songs that defined a generation.
HOURS: Mon 11am-7pm Tues / Wed / Thurs 11am-9pm Fri 11am-10pm Sat 10am-10pm Sun 11am-7pm
This website uses cookies to personalize content and analyse traffic in order to offer you a better experience.
I accept Learn More
back to top