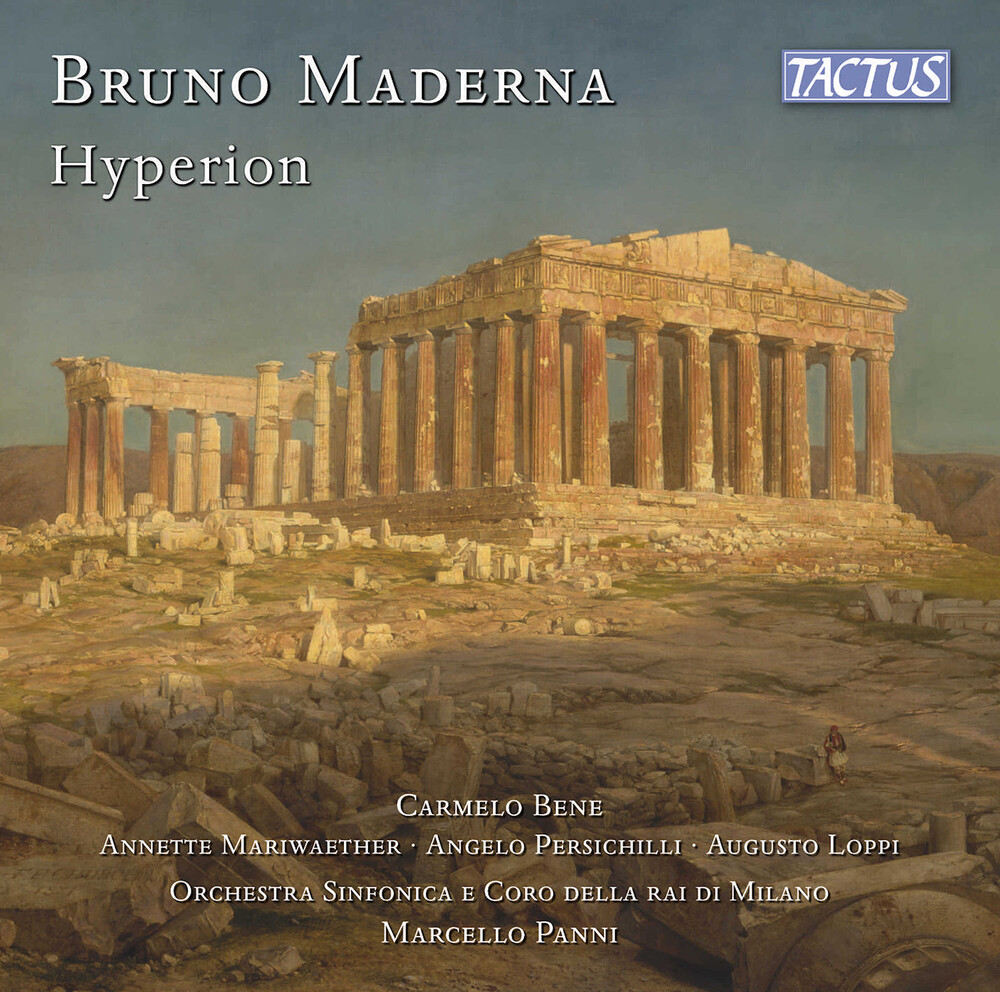 Bruno Maderna always ascribed great importance to insight and imagination, even during the period in which he followed the most rigorous serial procedures. Maderna's preference for concreteness in sound images, his practical approach to composition problems, and his receptiveness to language diversity explain the extraordinary ascendancy he had over the Italian composers who visited Darmstadt in the Fifties and Sixties, including Nono, Berio, Donatoni, and Clementi. But they also explain his gradual withdrawal from the most radical experiments of the avantgarde, and his tendency, during the last decade, to pursue a constant osmosis between different styles and materials (also through frequent overflows between his own compositions), often ending up in theatrical forms. The Hyperion has been described as a "Lyric in the form of a show". It was presented in it's first version as a mobile cycle of vocal, orchestral and electronic pieces based on fragments of Friedrich Hoelderlin's novel "Hyperion, oder der Heremit in Griechenland" ("Hyperion, or the Hermit in Greece"), the only novel written by the German poet. This book, an epistolary novel, was published in various versions, so it somehow could be regarded as a "work in progress" too. This recording represents an important document of the live version, reduced and adapted by the great actor Carmelo Bene, flanked by the RAI Symphony Orchestra from Milan, directed by Maestro Marcello Panni.
HOURS: Mon 11am-7pm Tues / Wed / Thurs 11am-9pm Fri 11am-10pm Sat 10am-10pm Sun 11am-7pm
This website uses cookies to personalize content and analyse traffic in order to offer you a better experience.
I accept Learn More
back to top