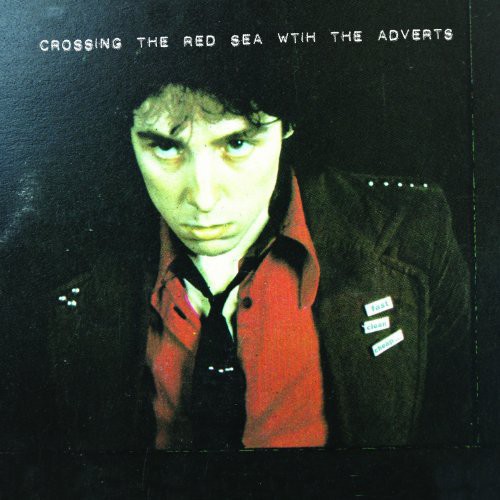 Crossing the Red Sea with the Adverts
Artist: Adverts
Format: Vinyl
New: IN STOCK AT OUR STORE $39.99
Wish

"One of the greatest punk records of all time" Fire Records reissue the 1978 classic debut punk record 'Crossing The Red Sea with The Adverts'. Released after an ever growing live following and the string of successful chart hits The Advert's debut has cemented it's place in punk rock history. Reworked into the familiar Fire package by John Foster, the record will be available on CD and LP, both with the extra single and live bonus tracks. From the sonic Armageddon which ushers in 'One Chord Wonders' through to the deliriously protracted fade of 'Great British Mistake', 'Crossing The Red Sea' never put a foot wrong. Created at the height of Punk, recorded with all the venom and passion which gave the era such vitality, "Crossing the Red Sea" was at once a statement of intent and a bellow of defiance, a refusal to take anything for granted, even it's own brilliance. More than that, though, the album defined and thus became the precious moment in time when the establishment rules of rock fell away, and new ones still had to be carved out.
HOURS: Mon 11am-7pm Tues / Wed / Thurs 11am-9pm Fri 11am-10pm Sat 10am-10pm Sun 11am-7pm
This website uses cookies to personalize content and analyse traffic in order to offer you a better experience.
I accept Learn More
back to top