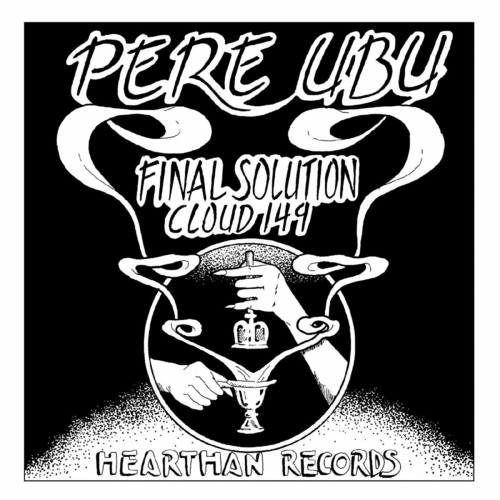 Vinyl LP pressing. It sounds like a call to arms, a rallying cry from a tinny transistor radio, the grind and rhythm of industrial Ohio clumping into the back of your head with enough spacey synth rising up through it's esophagus... bubbling up like some acid explosion. How come Pere Ubu created such a noise in 1976? Recorded in just three hours at the Suma studio, it was their reaction to punk rock's simplicity; a complexity that at 2.19 sounds like rayguns are primed and by 2.28 the power gets cut by 'nuclear destruction'. It's a bleak and morbid worldview, the title taken from the Sherlock Holmes' book The Final Problem, that ensured the new wave and the cold war would collide in post-punk acrimony. This pressing recreates their second self-released Hearpen single and sounds just as revolutionary and inspirational many moons later... they don't need a cure, welcome to the mainstream.
HOURS: Mon 11am-7pm Tues / Wed / Thurs 11am-9pm Fri 11am-10pm Sat 10am-10pm Sun 11am-7pm
This website uses cookies to personalize content and analyse traffic in order to offer you a better experience.
I accept Learn More
back to top