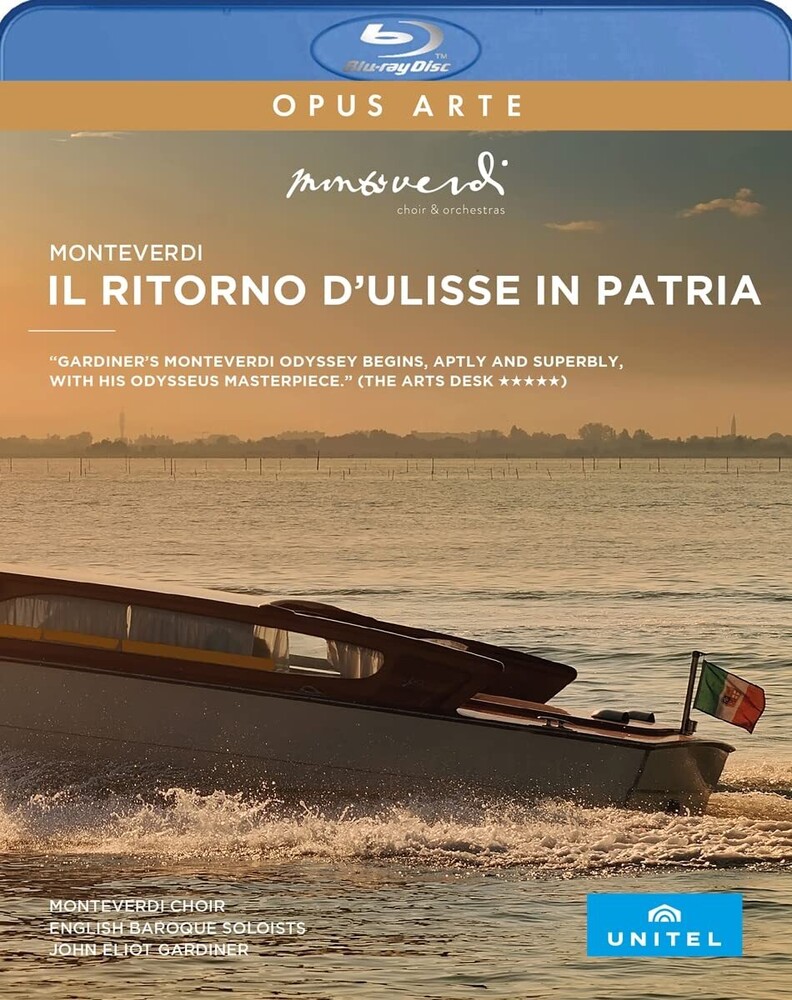 Claudio Monteverdi was a pioneer in the origins and development of opera, taking vocal music beyond Renaissance polyphony and entering a modern era in which genuine feelings and emotions are expressed through a wide variety of characters. Part of a late flowering in Monteverdi's illustrious career, Il ritorno d'Ulisse in patria is considered the most tender and moving of his three surviving operas. It takes it's narrative from the second half of Homer's Odyssey, presenting Ulysses as a flawed hero; a lone wanderer who has to overcome cruel tests, terrible hardships, treachery and deception before he can be reunited with his faithful queen Penelope and recover his kingdom. Recorded in Venice's historical Teatro La Fenice, this semi-staged production is part of John Eliot Gardiner's acclaimed celebration of Monteverdi's 450th anniversary, a true milestone in Western cultural history.
HOURS: Mon 11am-7pm Tues / Wed / Thurs 11am-9pm Fri 11am-10pm Sat 10am-10pm Sun 11am-7pm
This website uses cookies to personalize content and analyse traffic in order to offer you a better experience.
I accept Learn More
back to top