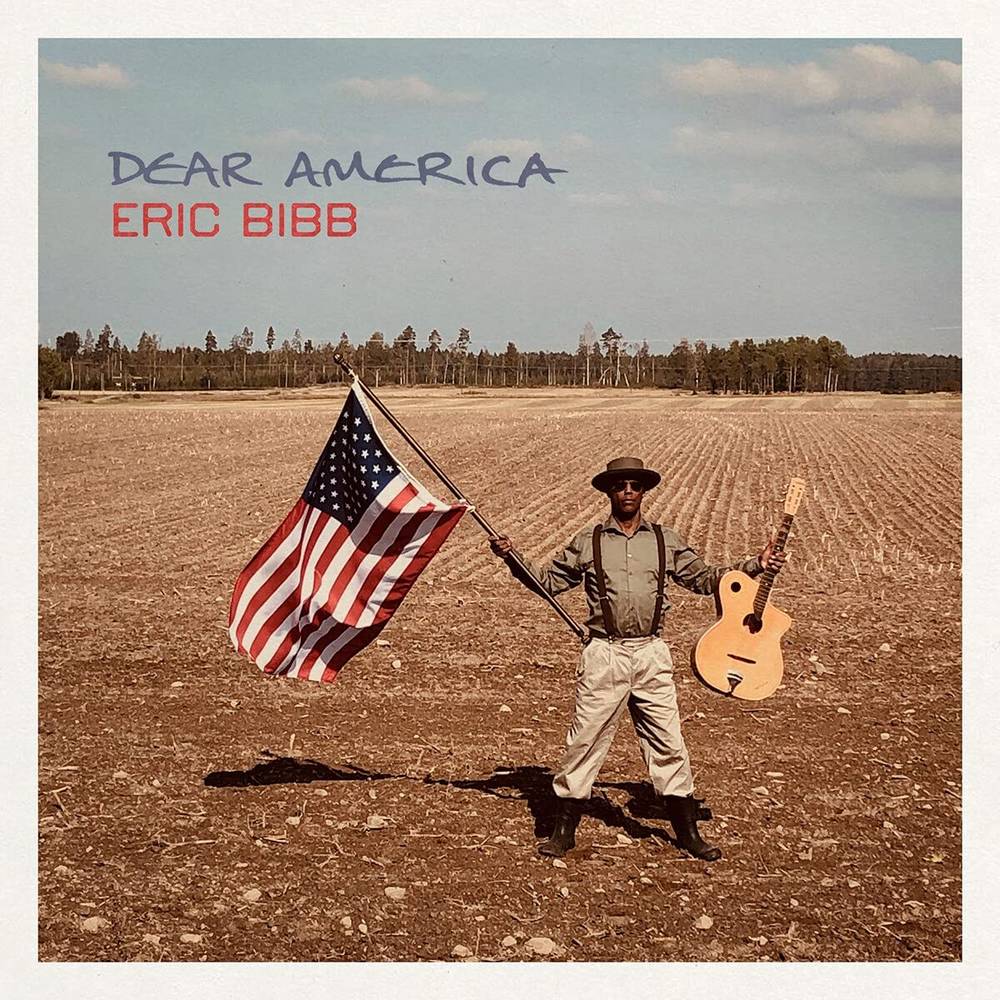 Double vinyl LP pressing. If you could call out to your country, what would you say? When Eric Bibb embarked on the title song that would galvanize Dear America, the songwriter found himself unpacking a seven-decade relationship with a partner of dramatic extremes. Bibb has known many different Americas, the good, the bad and the ugly. Recorded before the pandemic shuttered the world's recording studios, the chemistry on 'Dear America' is palpable, with each musician playing with the emotional commitment demanded by the material. In November 2019, the bandleader hit Brooklyn's Studio G to track the album with producer/co-writer Glen Scott, along with a studio band featuring the talismanic drummer Steve Jordan and Memphis guitar sensation Eric Gales. What resulted is a thoughtful record that brings Bibb full circle, taking the pulse of these febrile times while returning the songwriter to his proud roots in New York. "My home now is Sweden," says Bibb, "But New York City was where I came of age. So to be there, recording this album that had so much to do with my whole journey - it was really inspiring." And yet, just as the history of the United States has both light and shade, so does Dear America. It's a record that laces it's exploration of the nation's most poisonous issues with hope, love and a brighter road ahead. All is not lost, stresses Bibb, and neither are we. Bibb leaves no doubt that the future is ours to write.
HOURS: Mon 11am-7pm Tues / Wed / Thurs 11am-9pm Fri 11am-10pm Sat 10am-10pm Sun 11am-7pm
This website uses cookies to personalize content and analyse traffic in order to offer you a better experience.
I accept Learn More
back to top