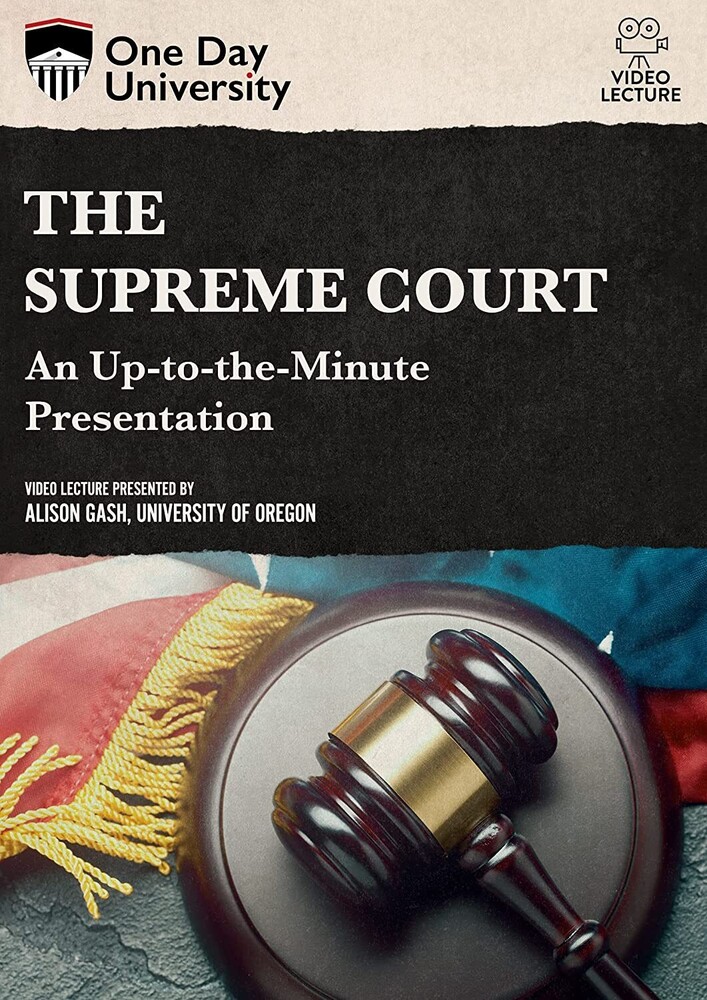 One Day University presents a series of video lectures recorded in real-time from some of the top minds in the United States. Given by award-winning professors and experts in their field, these recorded lectures dive deep into the worlds of religion, government, literature, and social justice. Few at the Founding could have ever imagined the Supreme Court becoming one of the most powerful policymaking institutions in the United States. Yet today, the Court has the power to sidestep public opinion, upend federal legislation, constrain state governance and even bring down the President. Professor Alison Gash will take us back to the Court's humble beginnings, charting how the Court amassed it's power under Justice Marshall's leadership. Professor Gash will introduce us to the Court's struggles under pre-and post-Reconstruction, racial apartheid, it's skirmishes with legislative and executive power during the New Deal era, and it's foray into areas of privacy, intimacy, and expression. As we walk through the Court's history, meandering through landmark decisions, Professor Gash will use her research on law and social policy to highlight the importance of understanding the Court not only as a legal actor but also as a significant source of policy innovation and paralysis. Through this lens, Professor Gash will demonstrate why the Court's makeup-it's personalities and it's relationships-can make or break American public policy
HOURS: Mon 11am-7pm Tues / Wed / Thurs 11am-9pm Fri 11am-10pm Sat 10am-10pm Sun 11am-7pm