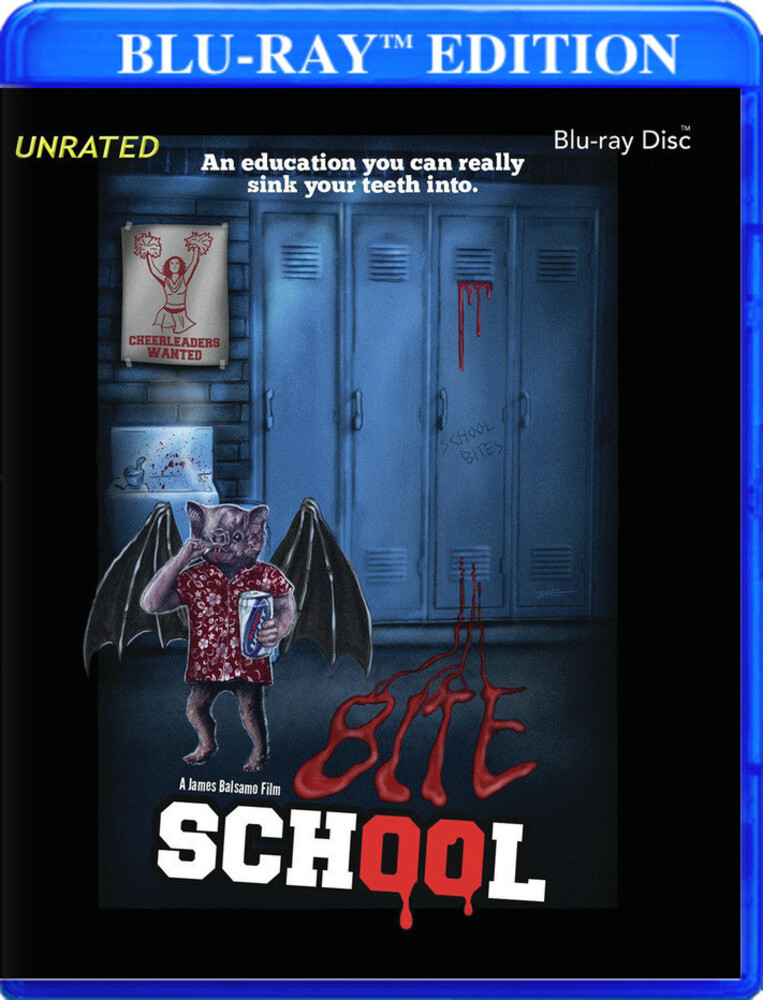 Tony never thought a toilet plunger-shaped stake would save his life. Fast cars and big-breasted supermodels could be a thing of the past when Tony's life takes a sudden change after his grandfather cuts him off from his inheritance. That is, unless Tony goes to night school to get his GED. With his fortune on the line, Tony has no choice but to go back to school, where he falls in love with his classmate Vicky, a vampire princess, and makes friends with her roommate, a Hawaiian-shirt wearing, pot-smoking bat named Spat. Vicky, the heir to the throne of a vampire underworld, wants nothing more than to abandon her royalty, but a power-hungry high priestess is hellbent on taking Vicky's crown anyway. When a blood moon rises, the priestess shows her true form as a two-headed bat creature with a snake body. Armed only with his plunger, Tony will need to stop her from destroying the world. But killing the beast and studying for a final won't be easy. See the most outrageous vampire horror-comedy that doesn't suck. It's an education you can really sink your teeth into.
HOURS: Mon 11am-7pm Tues / Wed / Thurs 11am-9pm Fri 11am-10pm Sat 10am-10pm Sun 11am-7pm
This website uses cookies to personalize content and analyse traffic in order to offer you a better experience.
I accept Learn More
back to top