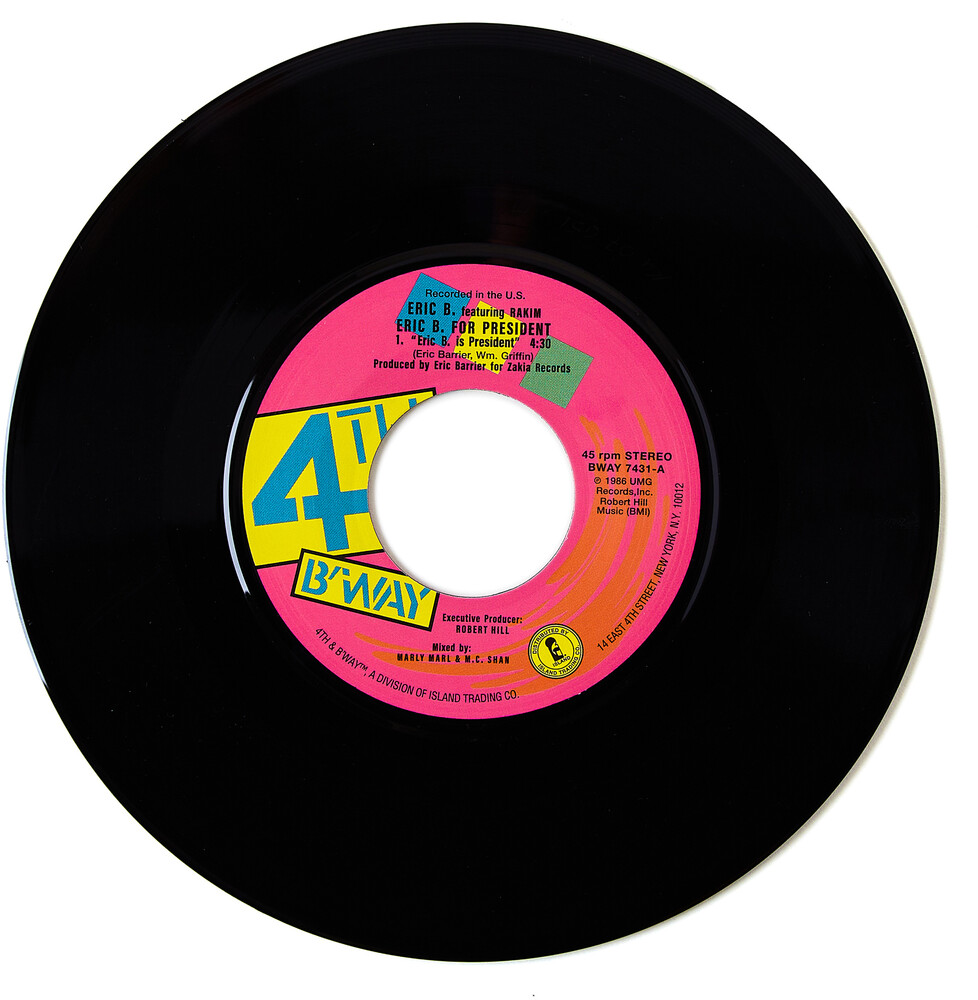 KINGUNDERGROUND TO REISSUE GOLDEN ERA HIP DUO, ERIC B. & RAKIM'S 1986 7' CLASSIC, "ERIC B. IS PRESIDENT". AN ELUSIVE RECORD FOR HIP HOP HEADS AND CRATE DIGGERS ALIKE. Eric B. and Rakim created 4 LP's together between 1987-1992 and in that 5 year period they were able to carve out their reputation as one of the greatest hip hop duos of all time. "Eric B. Is President" was the world being introduced to Rakim in his rawest form. The rap god was unknowingly laying the foundation for a career that continues on today and is consistently recognized for changing and pushing the boundaries of the hip hop genre. It has been no small feat for KU to produce it's first ever major label licensed replica reissue, but when you have the opportunity to recreate a piece of art involving "The God" Rakim, and producer/DJ, Eric B, there's no going too far to get it right. TRACKLISTING: Eric B Is President My Melody
HOURS: Mon 11am-7pm Tues / Wed / Thurs 11am-9pm Fri 11am-10pm Sat 10am-10pm Sun 11am-7pm
This website uses cookies to personalize content and analyse traffic in order to offer you a better experience.
I accept Learn More
back to top