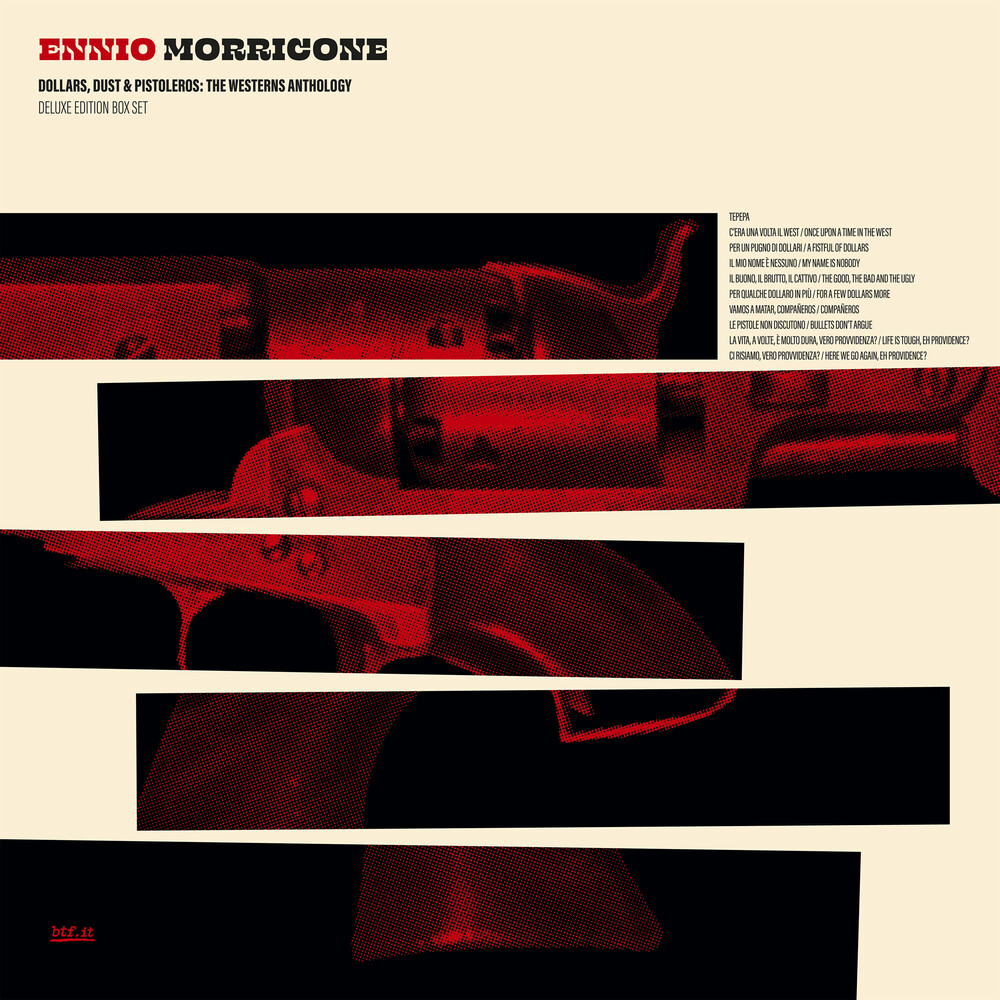 BTF Italy and Light In The Attic present an exceptional collection of Ennio Morricone westerns soundtracks - including classics such as Once Upon A Time In The West, A Fistful of Dollars, The Good, The Bad and The Ugly - all available for the first time ever in a gorgeous colored 10 x LP set!This box-set is a precious collector's item that contains ten iconic soundtracks by Ennio Morricone composed for the Italian Western film genre. Morricone's name has been linked to directors such as Sergio Leone, Giulio Petroni, Tonino Valerii, Sergio Corbucci, Mario Caiano, Alberto de Martino. From these special bonds between music and moving images many masterpieces of film music were born, splendidly functional in films and equally spectacular on record off-screen. In these ten LP's the listener will have the great honor of listening to exceptional soloists such as Bruno Nicolai at the organ and usual conductor of Ennio Morricone, the choir of Alessandro Alessandroni's Cantori Moderni, the solo voice by Edda Dell'Orso, the harmonica by Franco de Gemini, Alessandroni's whistle and guitar, Michele Lacerenza and Nicola Culasso's trumpets, just to name a few, extraordinary performers who contributed to Morricone's epic sound for Western. Through the ten records contained here, the listener will be able to travel musically through wild territories where heroic cowboys defend beautiful girls fighting against the villain of the moment.
HOURS: Mon 11am-7pm Tues / Wed / Thurs 11am-9pm Fri 11am-10pm Sat 10am-10pm Sun 11am-7pm
This website uses cookies to personalize content and analyse traffic in order to offer you a better experience.
I accept Learn More
back to top