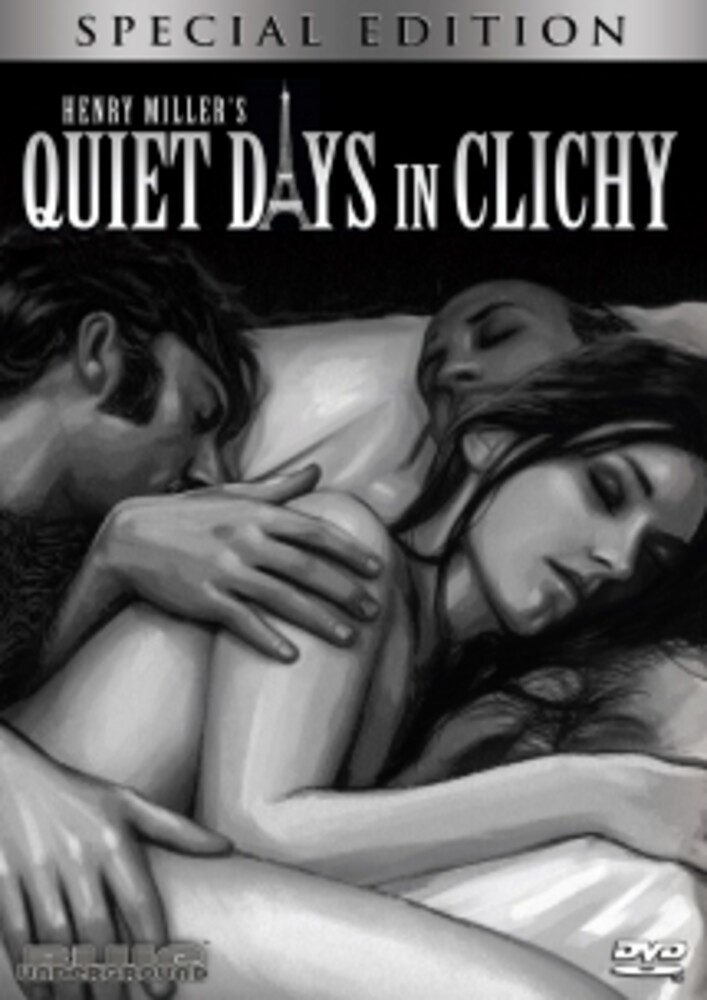 Based on the Controversial Novel by Henry Miller & Featuring Original Music by Country Joe McDonaldJoey is a struggling writer with no money. His roommate Carl is a charming stud with a taste for young girls. Together, these two insatiable dreamers will laugh, love and screw their way through a decadent Paris paved with wanton women, wild orgies and outrageous erotic adventures. Based upon the long-banned novel by Henry Miller and featuring a hit soundtrack by rock legend Country Joe McDonald, QUIET DAYS IN CLICHY is considered to be the most daring film adaptation ever of one of the most controversial authors in history.In May of 1970, the United States Government seized the only English-language prints of QUIET DAYS IN CLICHY on charges of obscenity. And while it was ultimately cleared in Federal Court, the film mysteriously disappeared shortly after it's release. Now more than 50 years later, this landmark 'adults only' classic can be seen in a brand-new 4K restoration from it's recently discovered uncut & uncensored original fine-grain negative!
HOURS: Mon 11am-7pm Tues / Wed / Thurs 11am-9pm Fri 11am-10pm Sat 10am-10pm Sun 11am-7pm
This website uses cookies to personalize content and analyse traffic in order to offer you a better experience.
I accept Learn More
back to top