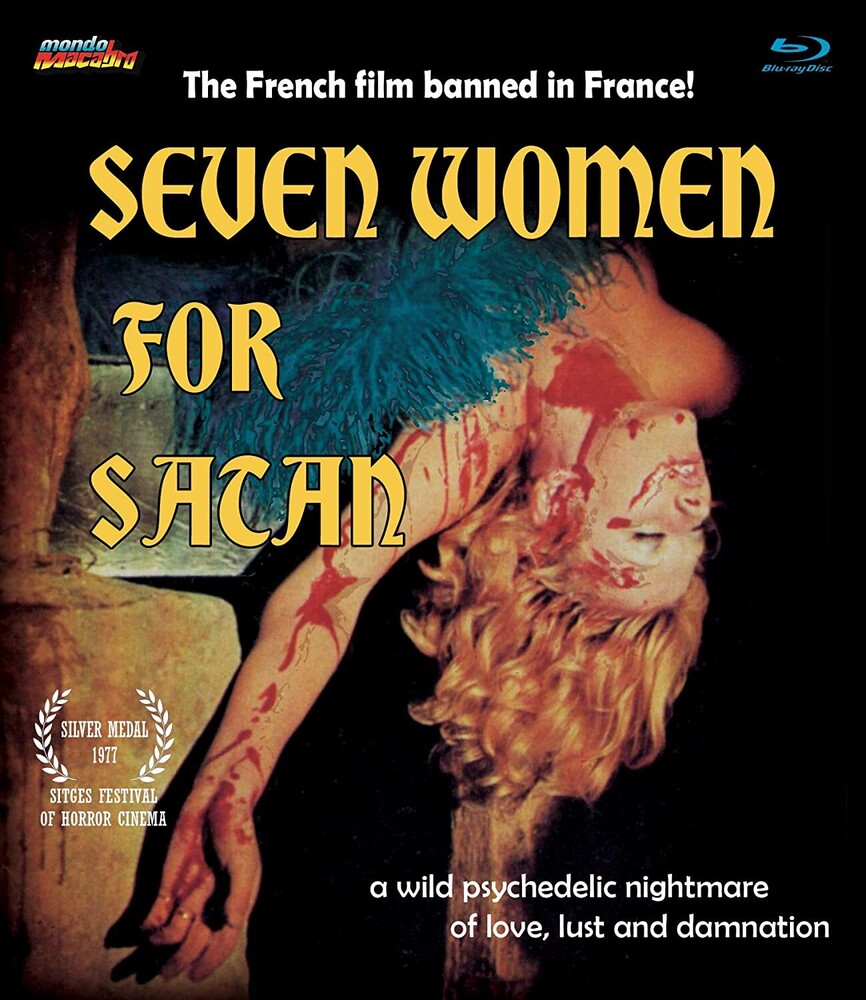 By day a mild-mannered businessman, in his dreams, Boris Zaroff hunts naked females on his country estates, just like his notorious father. One weekend, two visitors arrive at Boris's castle. The young girl is fascinated by tales of the wicked Zaroffs and asks if she can see their famous torture chamber. Maybe now the Zaroff's dreams can become reality once more. SEVEN WOMEN FOR SATAN, originally titled THE WICKED WEEKENDS OF COUNT ZAROFF is a stylish and erotic horror film that was actually banned in France in the 1970s. Severely cut from it's original running time and more or less forgotten for decades, the film now reaches Blu-ray in a stunningly restored new version created from the original negative. Complete with a host of extras and with many deleted and alternate scenes, this release shows the film, for the first time, in the form it's maker intended. An extended version restores the film closer to it's original running time and a nearly hour-long interview with cast member and assistant director Robert de Laroche gives a hugely entertaining and insightful view into the making of the film, and the life and work of it's creator Michel Lemoine.
HOURS: Mon 11am-7pm Tues / Wed / Thurs 11am-9pm Fri 11am-10pm Sat 10am-10pm Sun 11am-7pm