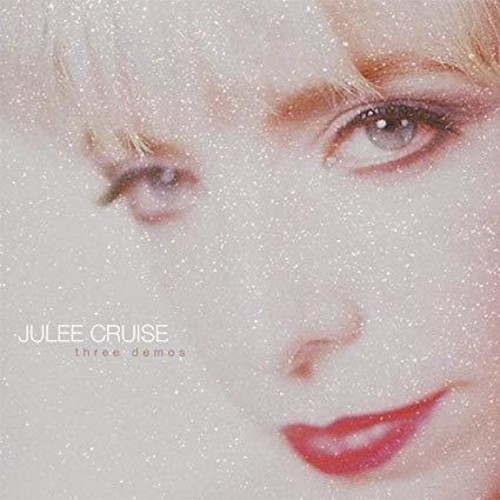 Vinyl LP pressing. Twenty-five years after it's initial release, Julee Cruise's sophomore album The Voice of Love is being issued for the first time on vinyl. It would mark the final full-length collaboration between Cruise, David Lynch, and Angelo Badalamenti. In 1994, after the release of Twin Peaks: Fire Walk With Me, Lynch, Badalamenti, and Cruise returned to the studio with new compositions as well as the intent to craft previously instrumental score-based material from Fire Walk With Me and Wild at Heart into Julee Cruise songs. The result was 1993's final studio album The Voice of Love. "In the studio, David would always say '[sing] like an angel..." Cruise remembers. In many ways, this quest for "angelic" was the seed that grew an entire genre out of the inability to utilize This Mortal Coil's "Song to the Siren" for Blue Velvet. It's eerie to ponder what might not have been had the song actually been within reach for that film. Fitting that all these years later, Twin Peaks concluded on a similar question followed by Cruise's performance of "The World Spins": What happens if Laura Palmer was never murdered?
HOURS: Mon 11am-7pm Tues / Wed / Thurs 11am-9pm Fri 11am-10pm Sat 10am-10pm Sun 11am-7pm
This website uses cookies to personalize content and analyse traffic in order to offer you a better experience.
I accept Learn More
back to top