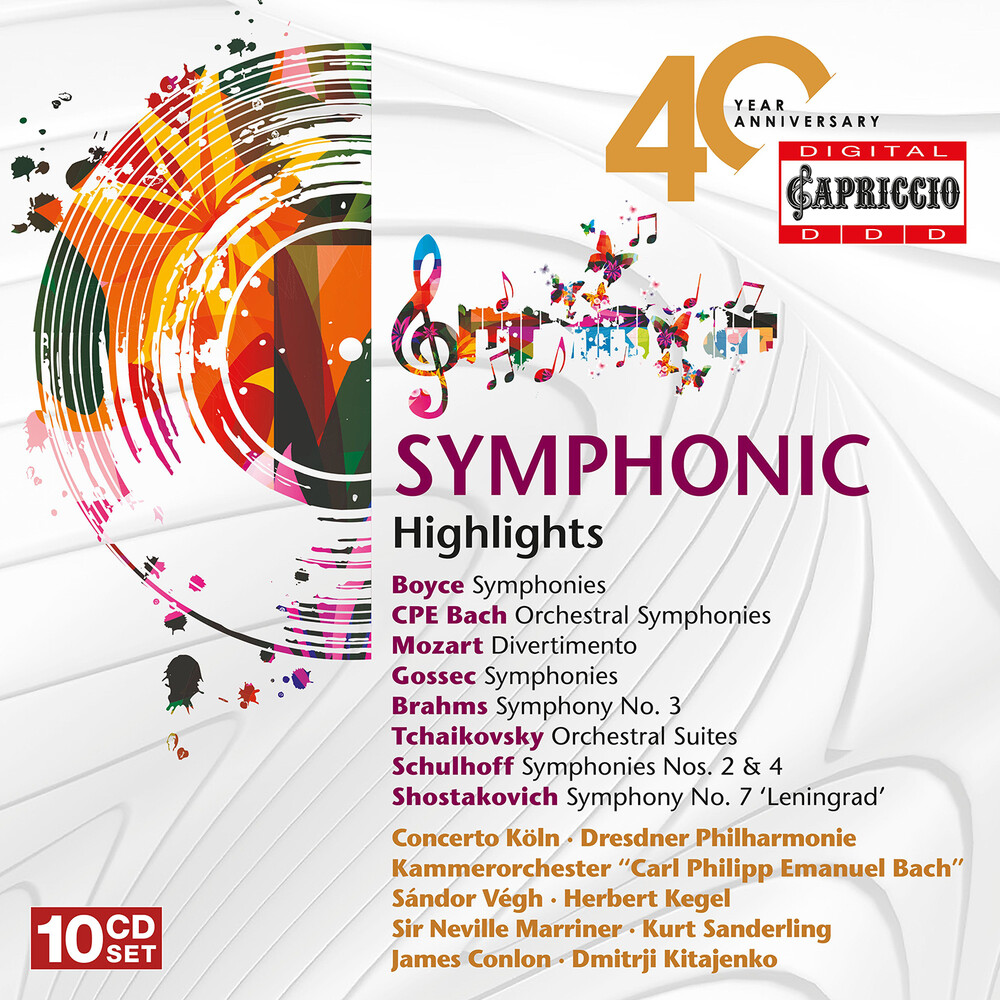 When Capriccio started out in 1982, still producing LPs and tapes, it was the first digital Beethoven Symphony cycle with the Dresden Philharmonic and Herbert Kegel that first turned heads. Several other key projects were pivotal to the label quickly establishing a reputation as a source of quality music and performances. Foremost among them, never out of the catalogue and still loved today, are the recordings with Sandor VĂ©gh. Then, in the mid-nineties those of Sir Neville Marriner's, who, after long being synonymous with the Philips label, recorded widely for Capriccio, both with his Academy Of St Martin in the Fields and the Stuttgart Radio Symphony Orchestra. Contemporaries of Mozart's that have emerged on Capriccio include Joseph Martin Kraus, FranĂ§ois-Joseph Gossec, and Jan Ladislav Dussek. They are performed by early music and classical period Capriccio-favorites such as Concerto KĂ¶ln or the CPE Bach Chamber Orchestra. This box set features the label's most important ensembles, orchestras, and conductors, from the classical period to the 20th century, when, in 2005, Capriccio released the first complete Shostakovich Cycle with the GĂĽrzenich Orchestra and Dmitrji Kitajenko.
HOURS: Mon 11am-7pm Tues / Wed / Thurs 11am-9pm Fri 11am-10pm Sat 10am-10pm Sun 11am-7pm
This website uses cookies to personalize content and analyse traffic in order to offer you a better experience.
I accept Learn More
back to top