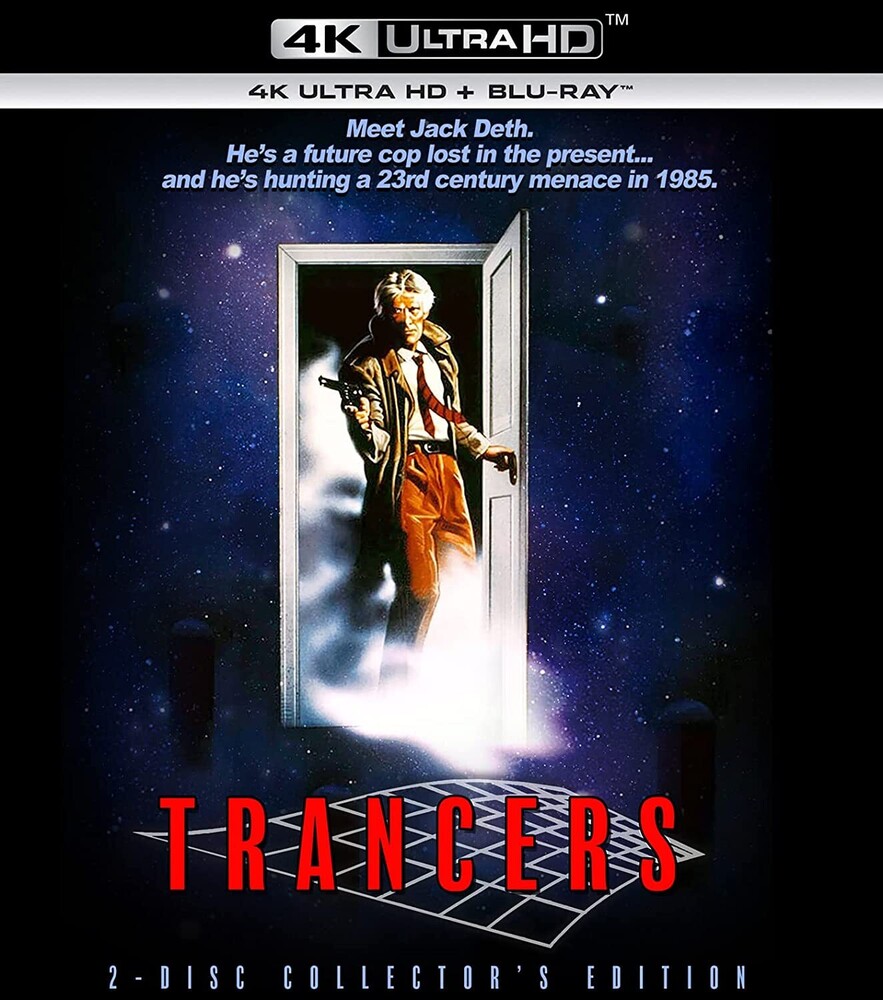 Get ready to see Jack Deth like you've never seen him before, as Full Moon proudly presents director Charles Band's cult 1985 sci-fi action classic TRANCERS for the first time in glorious 4K, a sumptuous scan from the original camera negative! Welcome to Angel City, 2247. Trooper Jack Deth (Tim Thomerson NEAR DARK) is wiping out the last disciples of Whistler, who used his psychic power to 'trance' those with inferior minds, forcing them to follow his every desire. Though he'd been thought dead, he's very much alive... in the year 1985. Whistler's master plan - kill the ancestors of the City Council. With the Council disbanded, nothing can stop him from controlling the city. And that's where Deth comes in. Jack is sent back in time, inhabiting the body of his ancestor. Just one problem: Whistler's ancestor is a police detective, and he's trancing people in 1985. With the help of a strong-willed punk girl, Lena (Helen Hunt, in her breakthrough feature film appearance), Deth must confront Whistler one final time, while the fate of time itself hangs in the balance!
HOURS: Mon 11am-7pm Tues / Wed / Thurs 11am-9pm Fri 11am-10pm Sat 10am-10pm Sun 11am-7pm
This website uses cookies to personalize content and analyse traffic in order to offer you a better experience.
I accept Learn More
back to top