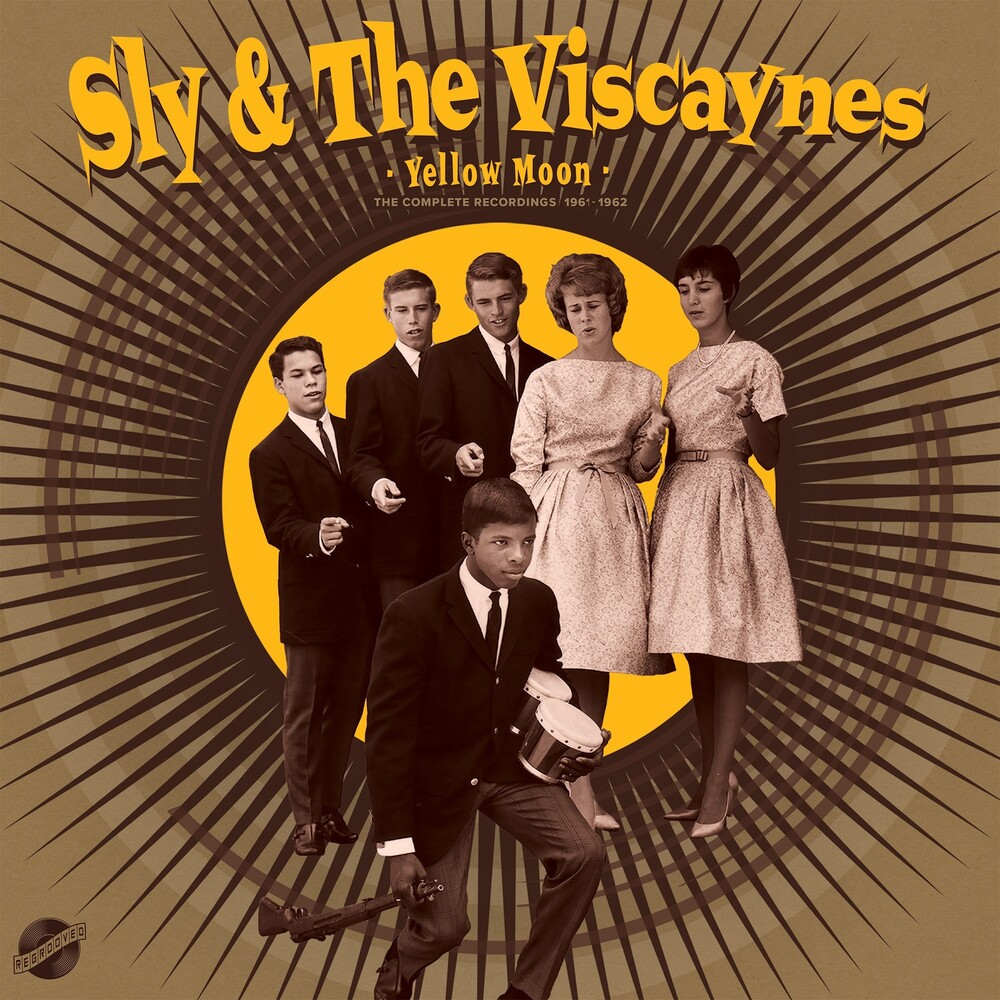 The amazing, unpredictable, one and only Sly Stone has never made a secret of his beginnings as a teenaged hopeful in Vallejo, California in the early 1960s. A trio of singles with his interracial high school vocal group The Viscaynes, followed by two more releases as a solo, recorded in Los Angeles with producer George Motola, comprise the fascinating apprenticeship Sly needed to undergo on the road to fame. For decades, Sly's earliest works have been spread around on a parade of unauthorized collections, most with low-fidelity sound, artificially extended versions, and tracks by unrelated artists. Yellow Moon: The Complete Recordings 1961-1962 corrects this injustice by offering up Sly and the Viscaynes entire output from the correct master sources. This special 2 LP set complements the recent Ace Records CD of the same title and adds a brace of additional, exceedingly rare Sly-related material. Along with the original singles by The Viscaynes, and Sly's first solo releases as Danny (Sly) Stewart and Sylvester Stewart, there are also several unissued demo tracks produced by teen idol and Viscaynes mentor Gary Stites, plus the sought-after Jasper Woods 45, featuring an incognito Richard Berry with the Viscaynes on vocal support. Exclusive to this vinyl edition are a rare High School recording by an early incarnation of the Viscaynes, both sides of the 1961 Royal Aces single on which Sly plays guitar, and as a special bonus, the Stewart Four gospel release from 1956, featuring a teenaged Sly on lead vocals - his very first appearance on disc. The deluxe package comes with an authoritative and heavily illustrated booklet with much heretofore unpublished information and fresh interview material from the group and associates, as well as commentary from Sly himself. Yellow Moon: The Complete Recordings 1961-1962 is the last word on Sly Stone's very first phase, and this vinyl edition is a must for any fan of his work.
HOURS: Mon 11am-7pm Tues / Wed / Thurs 11am-9pm Fri 11am-10pm Sat 10am-10pm Sun 11am-7pm
This website uses cookies to personalize content and analyse traffic in order to offer you a better experience.
I accept Learn More
back to top