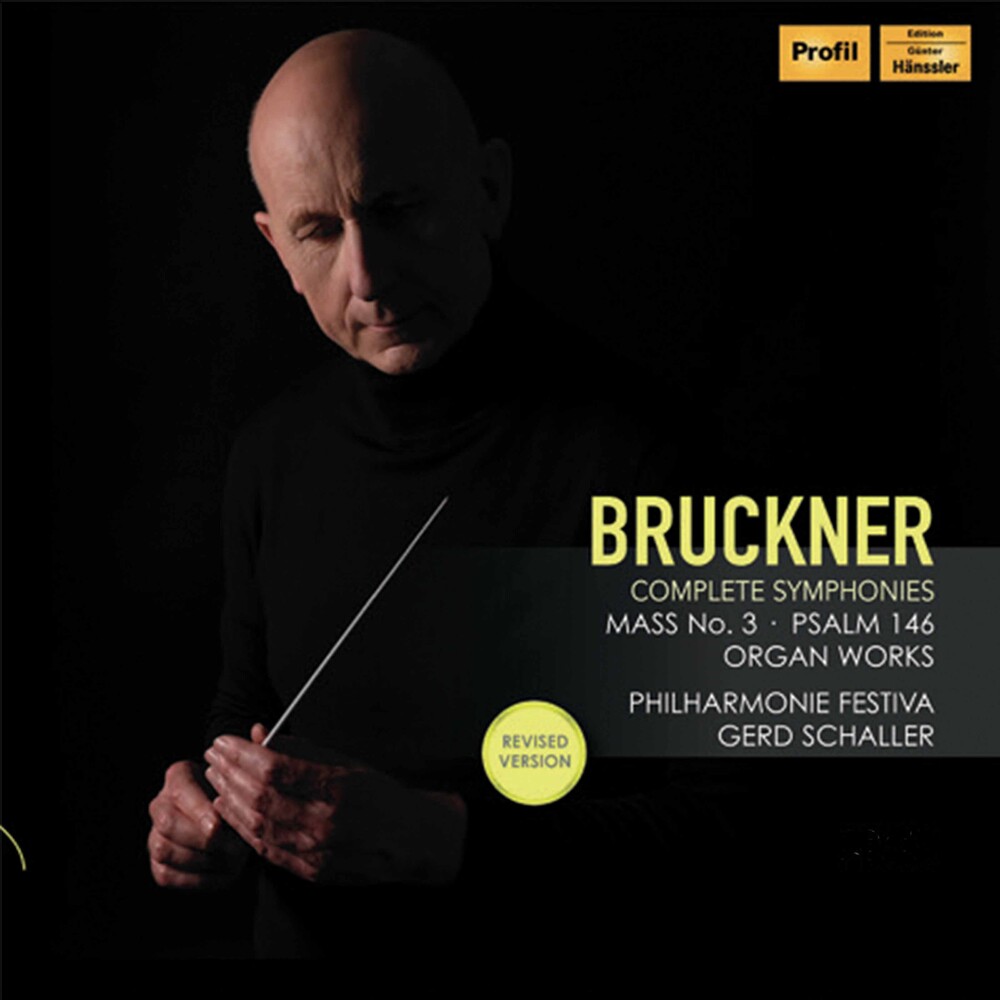 Sound and space are mutually dependent. Which works sound best in which environment? Where can the spirit and character of the music most clearly be expressed? These questions are what inspired the conductor Gerd Schaller to embark on an ambitious major project in 2007: in the impressive environment of the abbey church that once formed part of Ebrach's Cistercian monastery in Franconia, he directed his festival orchestra, the Philharmonie Festiva, in recordings of all of Anton Bruckner's symphonies. Nearly all the recordings were made during concerts in the cathedral acoustics of Ebrach's abbey church. The location Schaller chose for the recordings of the F minor Symphony, the early D minor Symphony and the Fourth Symphony with it's "Volksfest" (fair) finale is the Regentenbau building in Bad Kissingen, which likewise has outstanding acoustics. To crown the previous Bruckner cycle, the unfinished Ninth has been recorded with Gerd Schaller's own recreation of the final movement. What is special about this Bruckner cycle is that Schaller in some cases selected less well-known, "interim" versions or variants that had previously never been performed but give revealing insights into Bruckner's compositional approach. Featured for the first time ever in this CD edition are Bruckner's Third in it's first revised form of 1874 and his Eighth in the interim version of 1888. The cycle of symphonies is supplemented by the F minor Mass, the rarely performed Psalm 146 and his organ works as well as Gerd Schaller's organ transcription of the 9th symphony, which he recorded on the Eisenbarth organ of the former Ebrach abbey church.
HOURS: Mon 11am-7pm Tues / Wed / Thurs 11am-9pm Fri 11am-10pm Sat 10am-10pm Sun 11am-7pm
This website uses cookies to personalize content and analyse traffic in order to offer you a better experience.
I accept Learn More
back to top