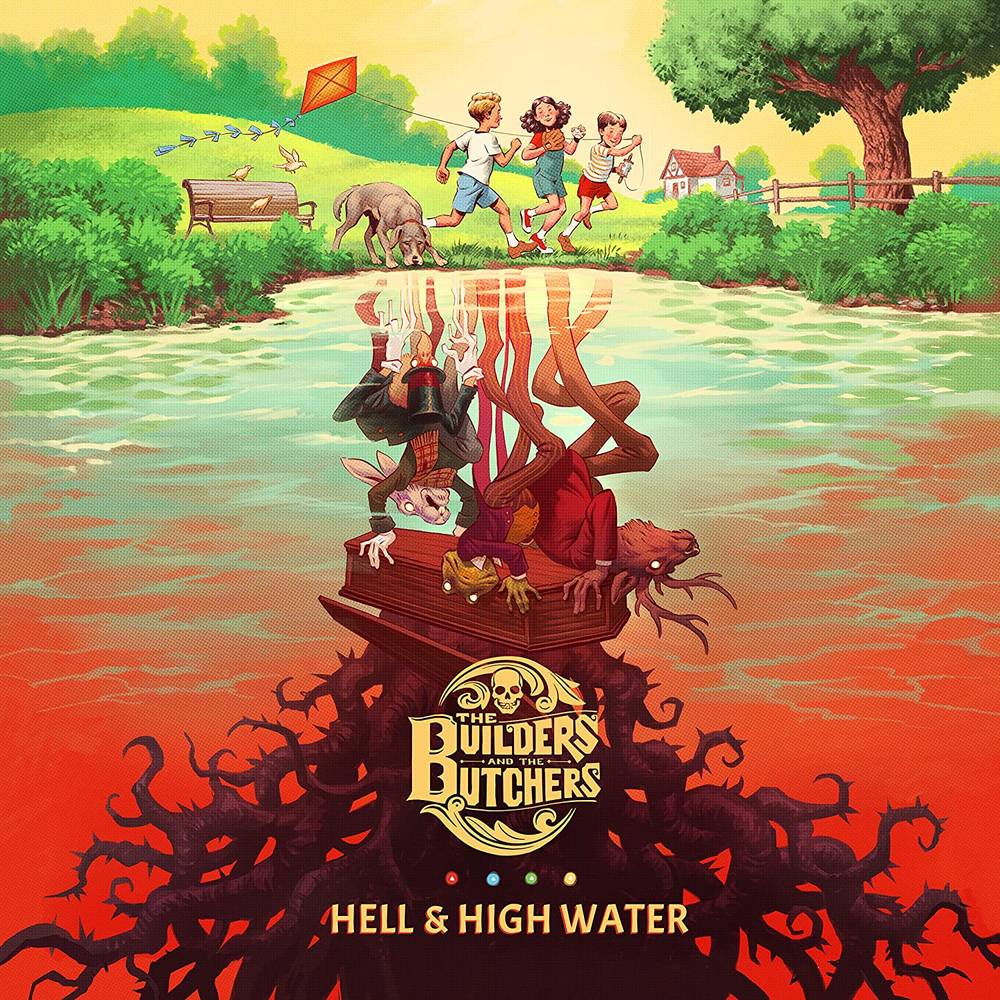 The Builders and the Butchers were formed in the fall of 2005 in Portland, Oregon. The band's first two years consisted of busking, playing house shows, and showing up unannounced anywhere around Portland where people were gathered. Folks began to take notice and the band transitioned slowly, going from playing on the floor of venues unplugged to gradually adding a mic here, an amp there, until they organically grew into one of the most exciting live acts in the Pacific Northwest. Even when plugged in, a cornerstone of almost every builders show is playing on the floor at some point during the set.The Builders wrote their sixth studio album Hell & High Water (Badman Recording Co.) together as a band in a boat house in the marina where bass player Willy Kunkle lives. Frontman Ryan Sollee explains further: "Through the fall and winter of 2019, we would gather weekly, make a fire, drink beer and whisky and try to find some cohesiveness in these tunes. This gathering place was the most inspiring we have had in any creative process for any album up to that date." It ended up being a stark contrast to the year that followed. After laying down the initial studio drum tracks with Dylan Badman Magierek for the album in February 2020, they worked remotely - which pushed the band way past it's usual comfort zone.
HOURS: Mon 11am-7pm Tues / Wed / Thurs 11am-9pm Fri 11am-10pm Sat 10am-10pm Sun 11am-7pm
This website uses cookies to personalize content and analyse traffic in order to offer you a better experience.
I accept Learn More
back to top