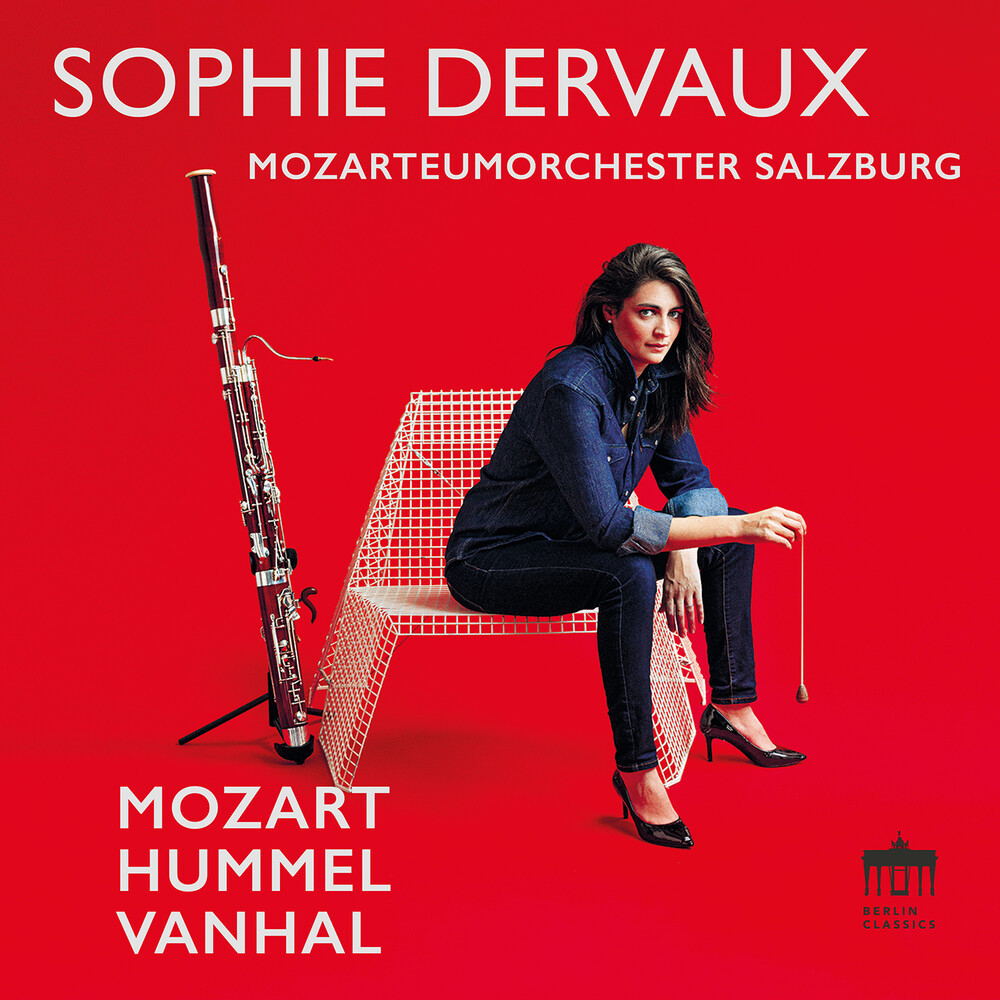 Following on from her debut album impressions, featuring chamber music for bassoon and piano, bassoon player Sophie Dervaux is poised to release her second album on the Berlin Classics label. This album marks two premieres: in addition to this being the very first recording of the Concerto no. 2 in C major for bassoon and orchestra by Johann Baptist Vanhal, Ms Dervaux performs as both soloist and conductor of the Mozarteum Orchestra of Salzburg. The recording of Mozart's Concerto in B flat major for bassoon and orchestra was the starting point for this present album. It is acknowledged to be one of the most important works ever written for the wind instrument: composed in the Viennese Classical style, sophisticated and nuanced- and the only bassoon concerto by Mozart to have survived. "The Concerto in B flat major forms the basis for many bassoonists' repertoire," Sophie Dervaux explains, "and for that reason I have long waited to record the work - it is an important step along my career path and I faced up to it with respect." What can be paired on an album alongside a work that enjoys the huge significance of Mozart's bassoon concerto? Sophie Dervaux has chosen two composers who were close to Mozart and who share a common history with him. Vanhal and Hummel, like Mozart, all left their mark on the musical history of Vienna- the city in which Sophie Dervaux, as solo bassoonist with the Vienna Philharmonic has chosen to make her home.
HOURS: Mon 11am-7pm Tues / Wed / Thurs 11am-9pm Fri 11am-10pm Sat 10am-10pm Sun 11am-7pm
This website uses cookies to personalize content and analyse traffic in order to offer you a better experience.
I accept Learn More
back to top