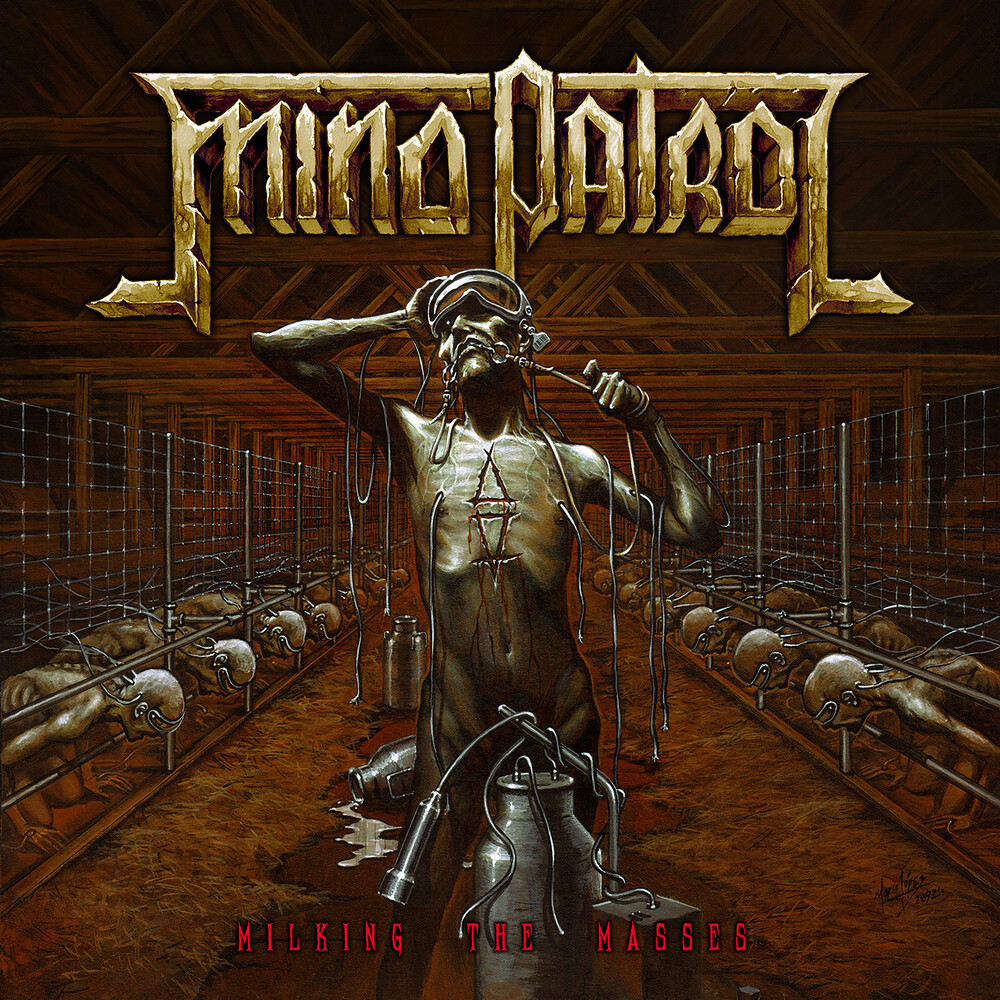 SWISS THRASH BAND Mind Patrol WILL UNLEASH THEIR SIZZLING HOT SECOND ALBUM FEB.18th 2022 CELEBRATING THE ARRIVAL OF A DYSTOPIAN FUTURE NOW ! Due to their no-nonsense selfproduced debut album "Against All Predictions" (2018), they gained a considerable reputation in the Swiss Underground metal scene as support for Raven, Skull Fist, Evil Invader, Stallion, Gonoreas, Tim "Ripper Owens", Irony Of Fate, Transport League etc., as well as festival appearances such as Metal Apocalypse, Bonebreaker Mayhem and the Swiss Metal Masters. The Corona crisis stopped further activities in the tracks und the band decided to use the time off in 2020 to record their new album "Milking The Masses" with Toni Watzinger as producer at Music Passion Studio in Biel, Switzerland. Three single releases in late 2020 and 2021 bridged the time inbetween albums and helped to consolidate the Metal fan base with three powerful videos which accompanied the singles "Liars To Impale" (2020) followed by "Hell On Earth" (spring 2021) and "Habits Over Ethics" (fall 2021). The soon to be released album "Milking The Masses" shows Mind Patrol in their prime presenting powerful thrash metal with catchy hooklines and progressive influences. The lyrics are a mirror of scary times where the old system we have been living under is shaken to it's core. The album adresses the dystopian tendencies we are all facing now, threatening a future of digital slavery modeled on the Chinese way of people control. The album cover art of "Milking The Masses" reflects this and S.O.S., the pre-album release Single (out 4.2.2022), will deliver a visual punch showing people chained like farm animals and connected to tubes and other high tech atrocities, aptly visualising a horrifying future.
HOURS: Mon 11am-7pm Tues / Wed / Thurs 11am-9pm Fri 11am-10pm Sat 10am-10pm Sun 11am-7pm
This website uses cookies to personalize content and analyse traffic in order to offer you a better experience.
I accept Learn More
back to top