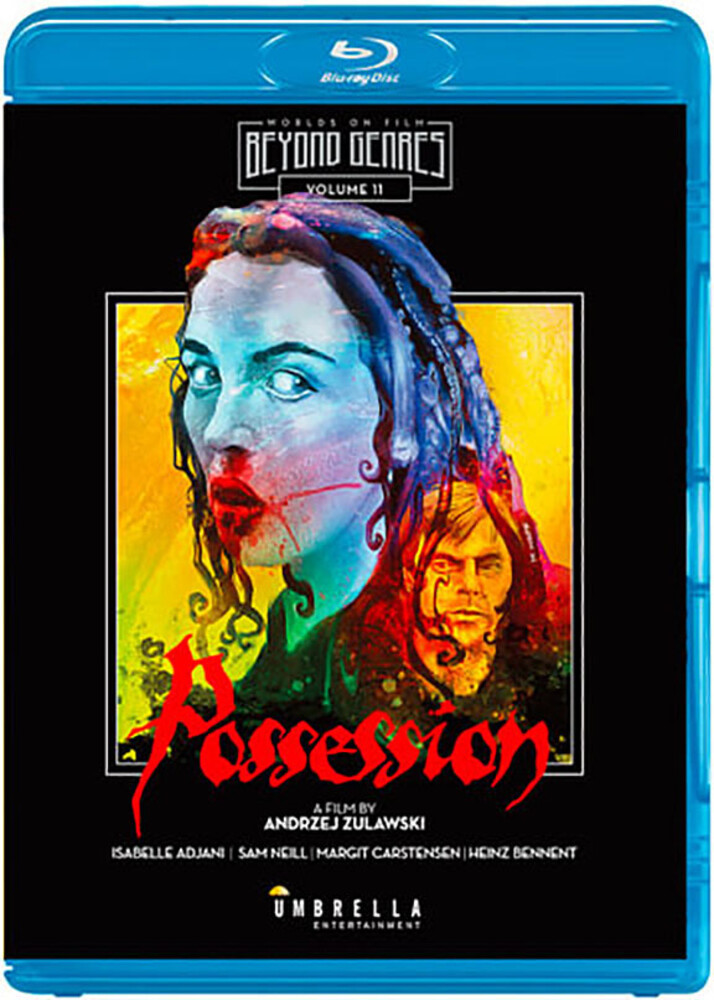 Limited-edition O-ring packaging with exclusive new artwork and over 4 hours of special features. Set in the shadow of the Berlin Wall, infused with Cold War-era paranoia and tension, Possession is a film that defies classification. One of the most tortured portraits of a disintegrating marriage ever presented on screen, visionary director Andrzej Zulawski masterfully blends horror and thriller conventions into an utterly unique cinema experience drawing on his own traumatic divorce and creative blacklisting in his native Poland.Spy Mark (Sam Neil) returns to West Berlin after a mission to find that his wife Anna (Isabelle Adjani) wants a divorce. She is having an affair, but insists that isn't the reason. When Mark hires a private detective to get to the truth, an even more disturbing secret is uncovered Anna keeps a separate apartment housing an otherworldly, tentacled creature with a ravenous sexual appetite (created by special effects legend Carlo Rambaldo of Alien fame).So continues the descent into a nightmarish maze of jealousy, carnality devoid of satisfaction, insanity, terror and murder where identity and reality are almost impossible to distinguish. Notorious for the demands it placed on it's stars, Adjani's searing performance earned her the Best Actress award at Cannes in 1981. Savagely cut for the US market by bewildered distributors, banned in the UK for almost two decades, this restored edition showcases Possession as the director intended. It remains every bit as powerful and shocking today as it was on release.Extras:Audio commentary with Director Andrzej ZulawskiAudio commentary with Co-writer Frederic TutenThe Other Side of the Wall: The Making of PossessionInterview with with Director Andrzej ZulawskiUS Cut of PossessionRepossessed - Featurette on the US Cut of PossessionA Divided City - Location Featurette The Sounds of Possession - Interview with Composer Andrzej ZulawskiOur friend in the West - Interview with Producer Christian FerryBasha - Poster Analysis Featurette International Theatrical TrailerUS Theatrical Trailer
HOURS: Mon 11am-7pm Tues / Wed / Thurs 11am-9pm Fri 11am-10pm Sat 10am-10pm Sun 11am-7pm