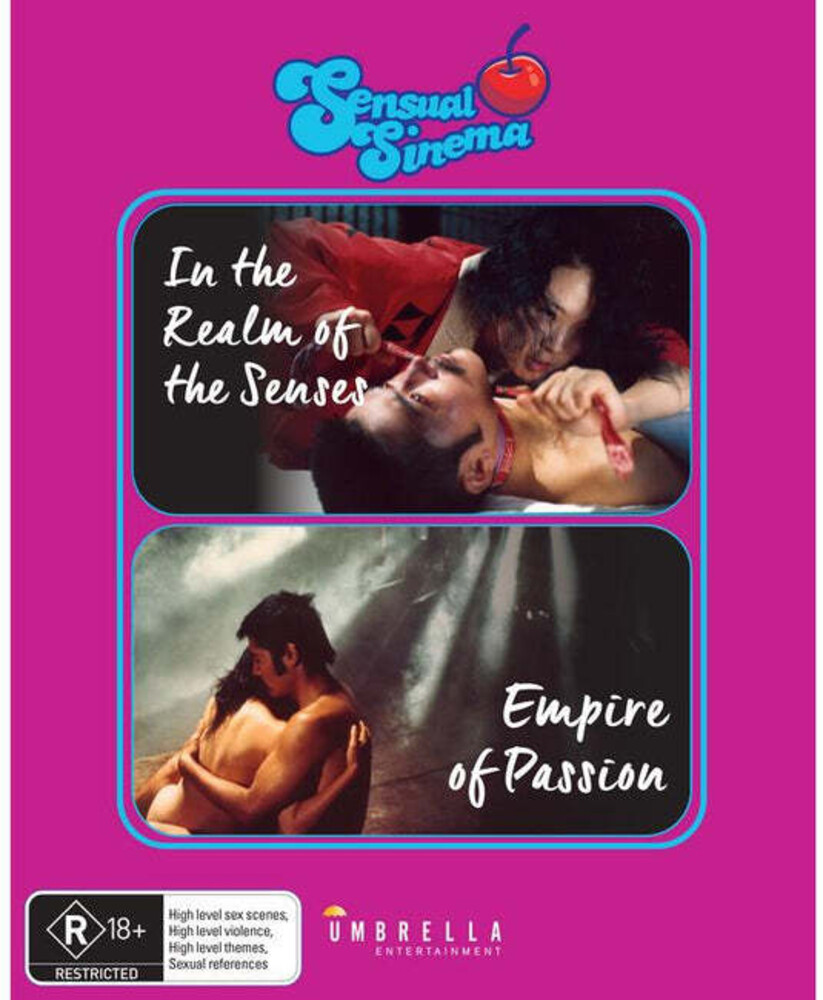 For the first time in our Sensual Sinema collection, we are releasing a double feature. This volume (#3) includes Nagisa Oshima's In the Realm of the Senses (1976) and Empire of the Passions (1978) - with limited O-ring packaging, special features and artwork. In the Realm of the Senses (1976)Banned around the world, Oshima's extraordinary tale of sexual obsession remains equally shocking over 30 years since it's notorious release - this explicit study of love and death was so controversial in Japan that cans of film were smuggled to France to be processed.Set in 1936, Oshima's erotic masterpiece tells the story of Sada (Eiko Matsuda), a beautiful young geisha who draws the attention of the handsome Kichizo (Tatsuya Fuji), a brothel owner's arrogant, sexually prodigious husband. Oblivious to a brutal war unfolding around them, the couple's initial flirtation soon turns to all-consuming passion, a frenzied and fatal love-making rite. As the New York Times wrote: "Tatsuya Fuji has a haunting gentleness and passivity as he comes to recognise his destiny: to be literally loved to death."Oshima's masterwork combines gorgeous cinematography, brilliant performances and incendiary erotic power.Empire of the Passions (1978)The follow-up to Nagisa Oshima's notorious In The Realm of the Senses, this sublime period drama also stars the brilliant Tatsuya Fuji as an ex-soldier and adulterer whose ardent affair with the wife of an elderly rickshaw driver enamours the pair in mystery and murder. Despite the steamy sex scenes (though less explicit than In the Realm of the Senses) and horror shocks, the mood is mournful and tender, with Oshima blending film noir, ghost-story and detailed period imagery to make this one of his most accessible and entertaining works. Having been overshadowed by it's more infamous predecessor, this sensual, provocative and visually rich film - which earned Oshima the Best Director Award at the Cannes Film Festival (it was also nominated for the Golden Palm) - is due for rediscovery.Extras:Cinema and Censorship: The films of Nagisa Oshima - a discussion with Solrun Hoaas, Melbourne-based film director and writerRecalling the FilmDeleted scenes Sur Le Tournage (On Set)
HOURS: Mon 11am-7pm Tues / Wed / Thurs 11am-9pm Fri 11am-10pm Sat 10am-10pm Sun 11am-7pm
This website uses cookies to personalize content and analyse traffic in order to offer you a better experience.
I accept Learn More
back to top